The Chobe National Park is located in the Northern part of Botswana and lies along the Chobe River, which borders Botswana and Namibia. The Park is the second largest in Botswana and is known for its superb game viewing all year round, as it has one of the largest populations of game on the African continent. 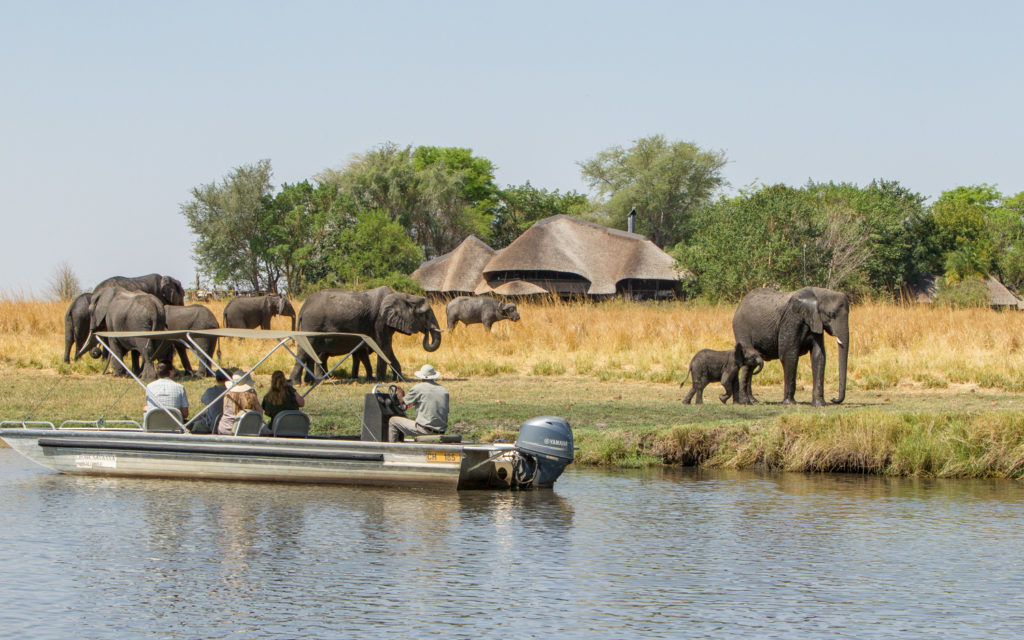 Chobe Savanna Lodge is set in a classic African Savanna environment of sweeping vistas. The focal point of the lodge is a thatched, open-sided main building that features a 270 degree view over the Chobe River and beyond to the Chobe National Park.

The only permanent game lodge situated on the banks of the Chobe River within the famous Chobe National Park, Chobe Game Lodge is Botswana's premier venue for guests looking for a perfect base from which to explore the National Park and the Chobe River. This five-star Lodge has full eco-grading by Botswana Tourism Board.

The Chobe Riverfront (or Serondela area) forms the northern boundary of the Chobe National Park. It has lush plains and dense forests as well as the renowned Chobe River which attracts huge numbers of elephants, buffalo and general wildlife.

The most remarkable feature of the Chobe National Park is its huge concentration of Elephants. This Park supports the largest surviving Elephant populations in the world, currently estimated to exceed 120,000. This population is dispersed throughout much of northern Botswana, as well as parts of north-western Zimbabwe. The Chobe Elephants are migratory, making seasonal movements of up to 200 kilometres in a circuit from the Chobe and Linyanti rivers, where they concentrate in the dry season, to the pans in the south-eastern region of the park, where they gather during the rainy season.

Chobe National Park is home to huge herds of Elephant, Buffalo, and Zebra. There are high densities of predators such as Lion, Leopard, Spotted Hyena and Cheetah. The park also hosts more unusual antelope species such as Roan and Sable, Puku, Tsessebe, Eland, Red Lechwe, Waterbuck, and the rare Chobe Bushbuck. The better-known species such as Giraffe, Kudu, Warthog, Wildebeest and Impala also abound in the park.