The Savuti Channel has a fascinating history of flooding and drying up independently of good rainy seasons and flood levels elsewhere – a mystery that has intrigued geologists and other researchers for many years. 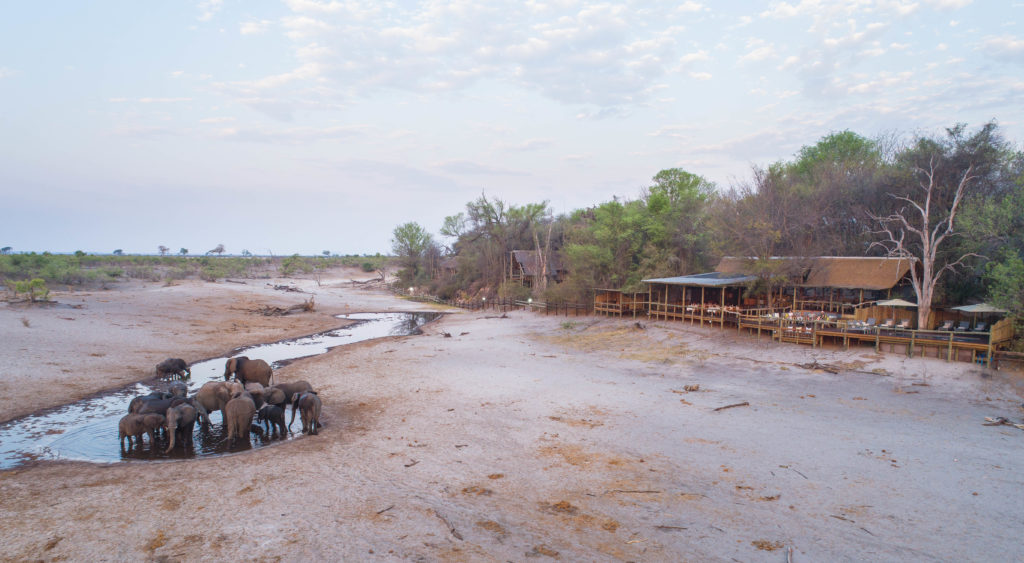 The Savute region and the Savute Marsh in particular, is renowned for its intense predator encounters and exceptional game viewing making it one of Botswana’s most popular wildlife destinations. Savute Safari Lodge is a luxury, twelve roomed lodge poised on the edge of the renowned Savute Channel.

In 2008, the Savuti Channel, having been dry for many years, once more became a deep, clear waterway harbouring Hippo and other aquatic life with a large variety of waterbirds. Wildlife, from plains game to predators, has had to adapt to a new source of water and all the opportunities and menaces it has brought with it. How long will it be before the water dries up again? Judging from historical records it could be more than a hundred years or less than ten. Nature has the final say in such matters.

The dead Camelthorn trees on the Savuti Marsh have become one of the most prominent features of the landscape – skeletons of trees drowned in the flood-waters at least 40 years ago. The shallow basin of the Mababe Depression is now the waterless bed of an ancient lake and the marsh itself is grassland that is home to large numbers of animals. The western edge of Savuti is formed by the Magwikhwe sand ridge, which is approximately 100 km long and 20 m high. This is the ancient shoreline of a super-lake that once covered most of Northern Botswana. It is hard to imagine that this harsh, dry landscape was once submerged under an enormous inland sea. Another part of the Savuti is characterised by the Gubatsa Hills, which were formed millions of years ago during volcanic movement. These hills rise to a height of about 90 meters out of an otherwise completely flat landscape.

The Savuti area offers great game viewing at certain times of the year. The annual Zebra migration is closely followed by many Lion prides. Good sightings of Cheetah and Leopard are possible and the endangered Wild Dog also occurs here. Savuti is famous for its large concentrations of Elephants that congregate around the waterholes, making game-viewing exceptional.

Birdlife is also amazing, with Secretary Birds and Kori Bustards often seen around the Savuti Marsh. Summer migrants and water birds include Abdim’s Storks, Carmine Bee-eaters, Fish Eagles. Red-billed Queleas, which gather in their thousands, are a spectacular sight as they wheel and turn in unison.