We love receiving stories and photos from our guests who have travelled to Botswana with us. Below is a lovely account . from Kiley and Jennifer who did a five-night safari earlier this year.

One of the reasons we chose Botswana as a destination was for the variety of environments and the opportunity to see different concentrations of animals in different places. The quality of the camps was also a significant consideration. Delta and Desert Safaris delivered on all our expectations.

We started our adventure at Leroo La Tau after transitioning through Johannesburg and Maun on the way there. It was a nice camp and the tents had great views over the Boteti River. Though the river was mostly dry, we were expecting that based on the time of year, so it wasn’t a surprise. 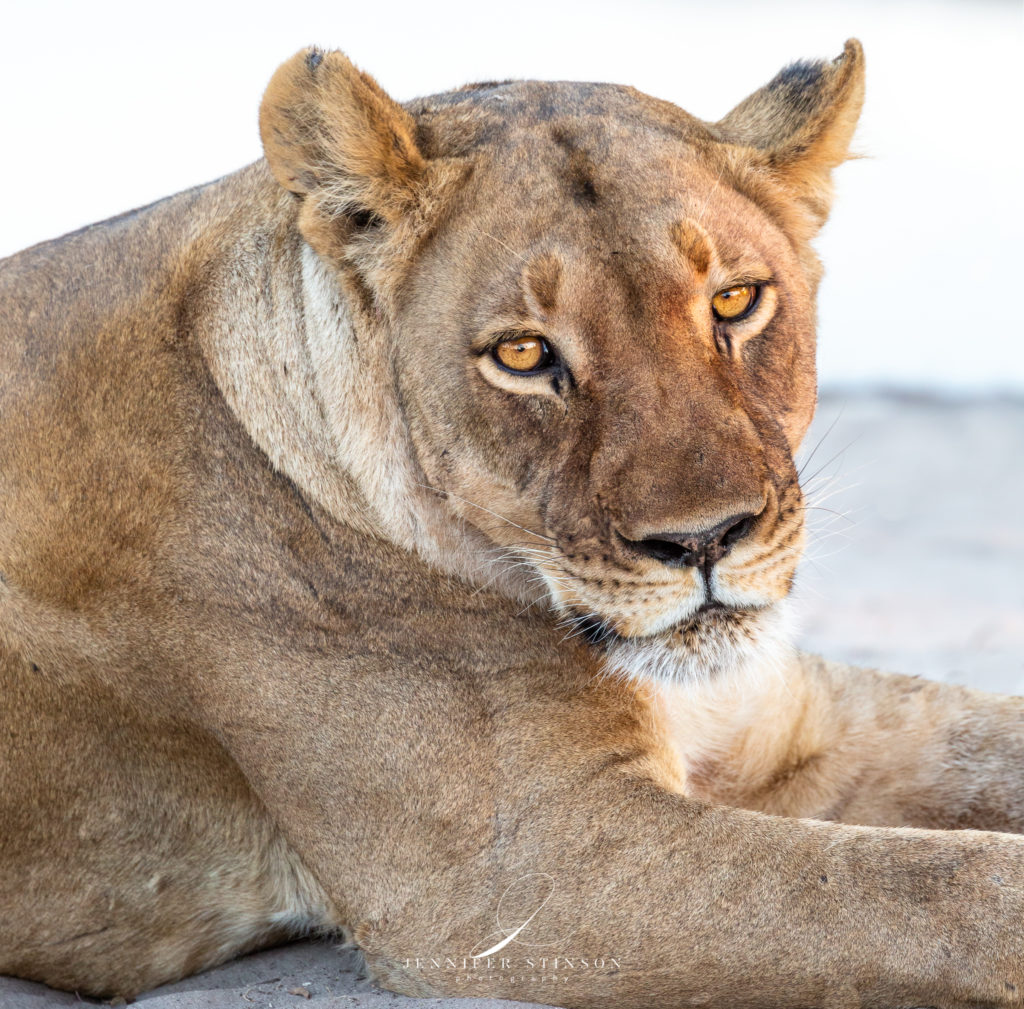 The lack of water resulted in great game viewing in concentrated areas. There was plenty of zebra in addition to a lot of wading birds in and around the various pools. Though the big cats weren’t out in force, we still had multiple sightings of one very pregnant lioness and watched her execute one unsuccessful stalk on some watering zebra.

As for the camp itself, the staff were very friendly staff, easily the friendliest we’ve encountered at any camp. The atmosphere around camp was always festive, in part due to the forthcoming Independence Day. The food was great across the board, especially the pumpkin soup and springbok carpaccio. I’m certain no one ever left the table hungry.

After a great start in the desert, we were off to the delta and Camp Moremi.

Just like Leroo La Tau, Camp Moremi is a really nice camp full of very enthusiastic and friendly staff. We actually spent Independence Day here and enjoyed afternoon games and festivities with the staff. We didn’t realize our trip coincided with the holiday, but we’re glad it did. 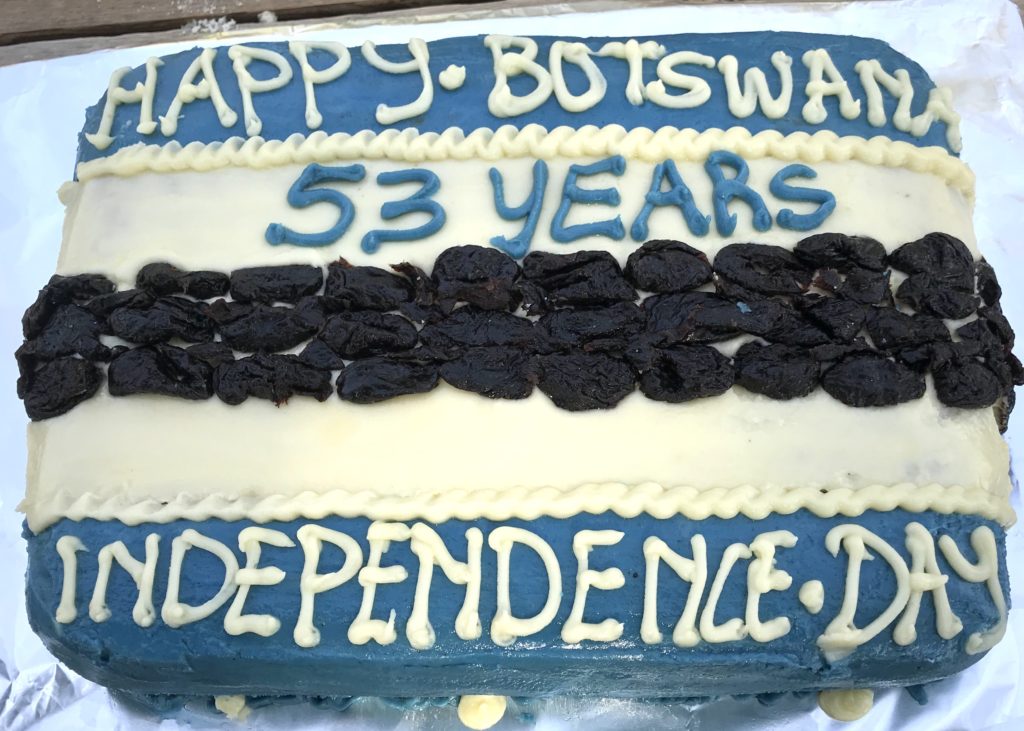 Another highlight of the camp was the outstanding presentations by Wise, who also happened to be our guide. We learned about the country of Botswana, the Okavango Delta, and the local culture and customs. It is definitely, by far the most informative camp we’ve visited.

My Botswanan geography knowledge was lacking, and I didn’t realize 80% of the country was covered in sand. We expected sand at Leroo La Tau (desert) but were surprised in the Okavango (we just don’t think about delta and sand together).

Just like Leroo La Tau, the food was outstanding and I never left the table hungry. On more than one occasion the local monkeys also snagged an unattended snack. 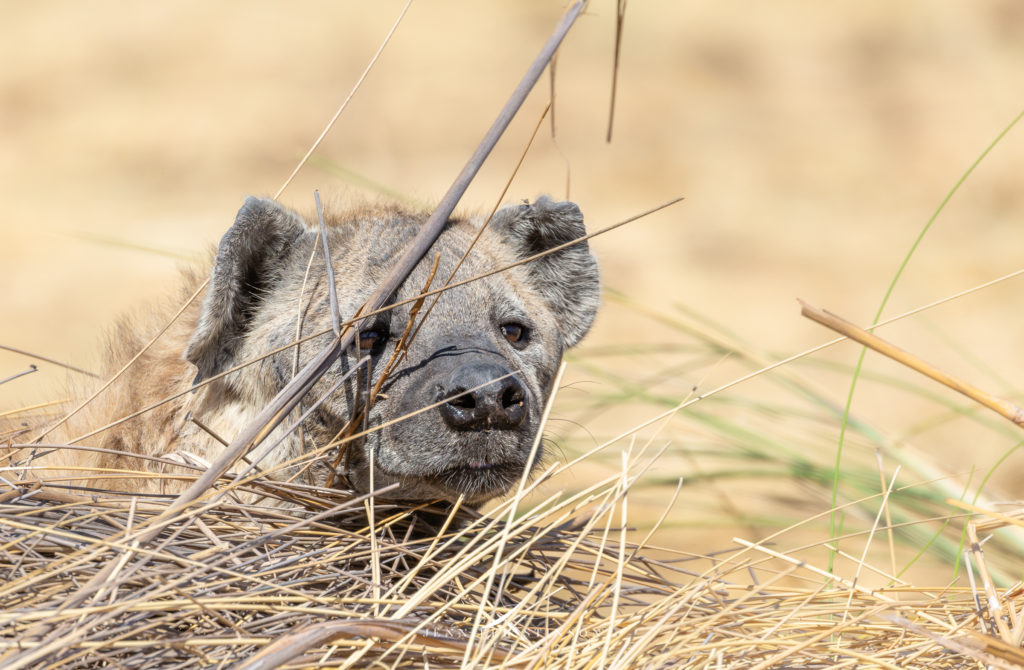 A hyena hiding in the grass

As for the tent, if you like close animal viewing, we highly recommend tent 4 or 5. It seemed like a pathway for elephant and buffalo (someone forgot to tell them the camp was fenced); bushbuck and baboon were also generally nearby. We awoke one morning to screaming and running when one of the staff members was surprised by one of the buffalo on the way to work. Both got a good scare, and everyone escaped the encounter no worse for the experience.

We were informed there was a local porcupine who lived under the kitchen so kept an eye out during our transits. Unfortunately for the porcupine, the resident leopard got the same info, and we found the porcupine one morning much worse for its encounter with the leopard (not sure how the leopard fared in the encounter). 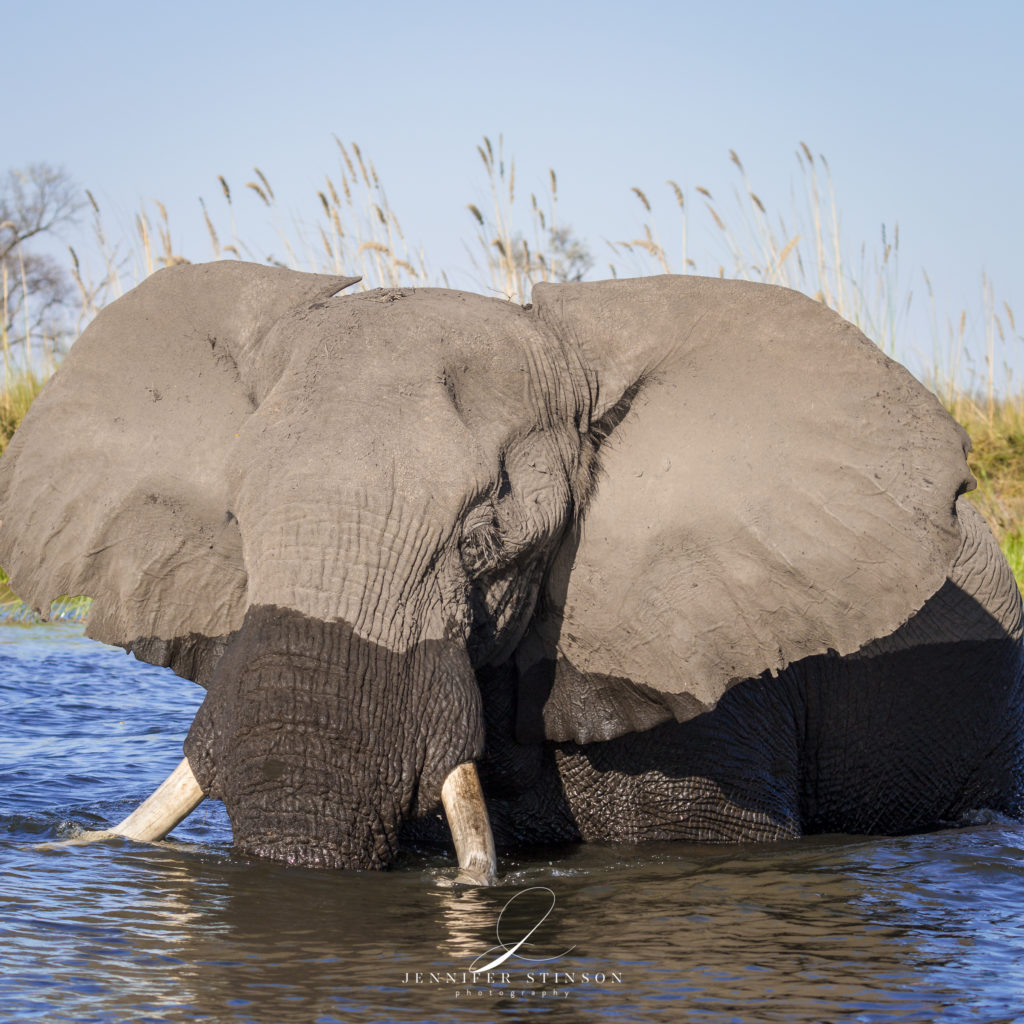 Elephant in the water in the Okavango Delta

The game was more plentiful and varied than Leroo La Tau, and that was to be expected. We quite enjoyed the variety of terrain and the opportunity to see the different species in distinct locations. We quite enjoyed the boat outing; there was great bird viewing and we even had a sitatunga sighting, which really excited Wise, who was generally a pretty calm character.

On the whole, Desert and Delta delivered a great experience. The camps and accommodations were everything we hoped for. The food was delicious and plentiful. The staff was consistently friendly, enthusiastic and engaging. And the game viewing, the main reason for the trip, was everything we expected. 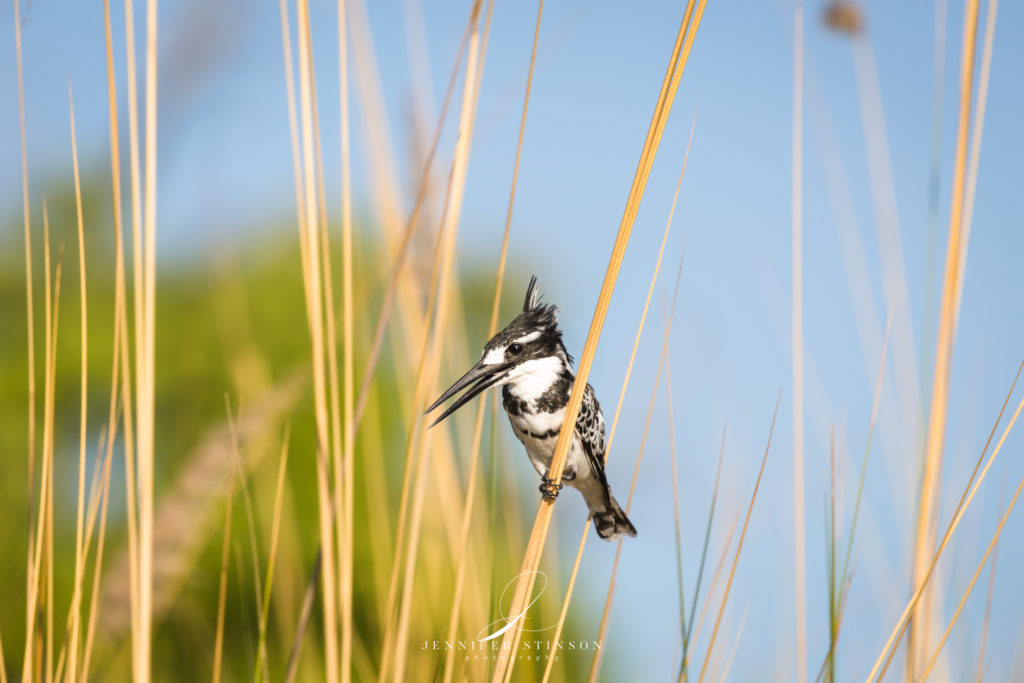 Pied Kingfisher in the Okavango Delta

A big thank you to Kiley and Jennifer for sharing their memories with us. They were on a 5 night Best of Desert & Delta Safaris package to Leroo La Tau and Camp Moremi, all booked by our travel partner Safari Online.

Predators of Moremi: A Spectacular Sighting Potential is all you need