On the mokoro with Slade

If you’ve been to Xugana Island Lodge in the last year, chances are you won’t forget meeting “Slade” – the softly spoken giant with the serene smile who is as passionate about the Okavango Delta as he is about guiding. We know lots of you want to hear from Slade so we caught up with him recently at Xugana.

Writer and photographer Mana Meadows met up with Slade to talk about his life as a guide and what he loves most about is job.

Q: What first sparked your interest in wildlife?

A: I grew up in a tourism area, in Kasane in the Chobe area. We didn’t have enough classrooms so we learnt under trees in the school premises, those were our classrooms. There were times when elephants would come into the school area looking for fruits from the same trees that we were using as our classrooms. This happened almost every day as we were trying to take our lessons. Each time when they came the teacher would ask us to rush to the main areas and leave the elephant to do whatever they wanted to do. And we didn’t know that they were just looking for the fruit that we were sitting on. It was the first time I’d seen them close. A friend of mine called Paul – his brother was a guide – told me that he knew the name of these animals in English, we knew them only in our Tswana language. After some weeks he brought a book on mammals to prove to me that he knew the English name – we read some information about the animal and became interested… we decided to stay behind when the others ran away, hiding behind the nearby bathrooms to watch what the elephants did. And then we saw them eating fruits and it was so fascinating! We developed such an interest from then. 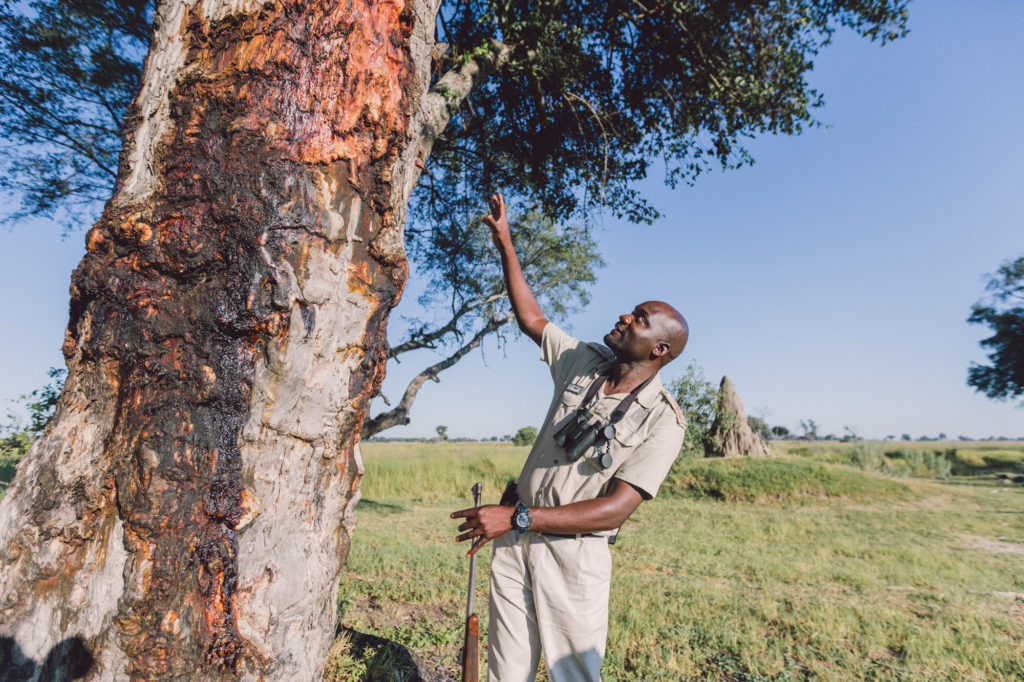 Q: What does guiding mean to you?

A: Guiding means responsibility. As a guide you look at things in a different way. It’s all about responsibility – doing things in the right way at the right time. The way I look at things now is different compared to before I became a guide: the way you talk to people, how you associate with other people, how you maintain peace with the people around you. I’m the youngest of ten siblings but they still respect me – and they’ll even wait for me to come home to give them advice on any issues at home. And I think this is because of the job I do – it’s made me responsible.

Q: What does the Okavango mean to you?

When I’m in Okavango Delta I feel more complete than when I’m at home. I value this place more than my home because this is my office and when I’m here I get so much. It’s one place that made me realize that I am an ambassador for this country – for Desert and Delta – I represent my company and my country because of the Okavango Delta. 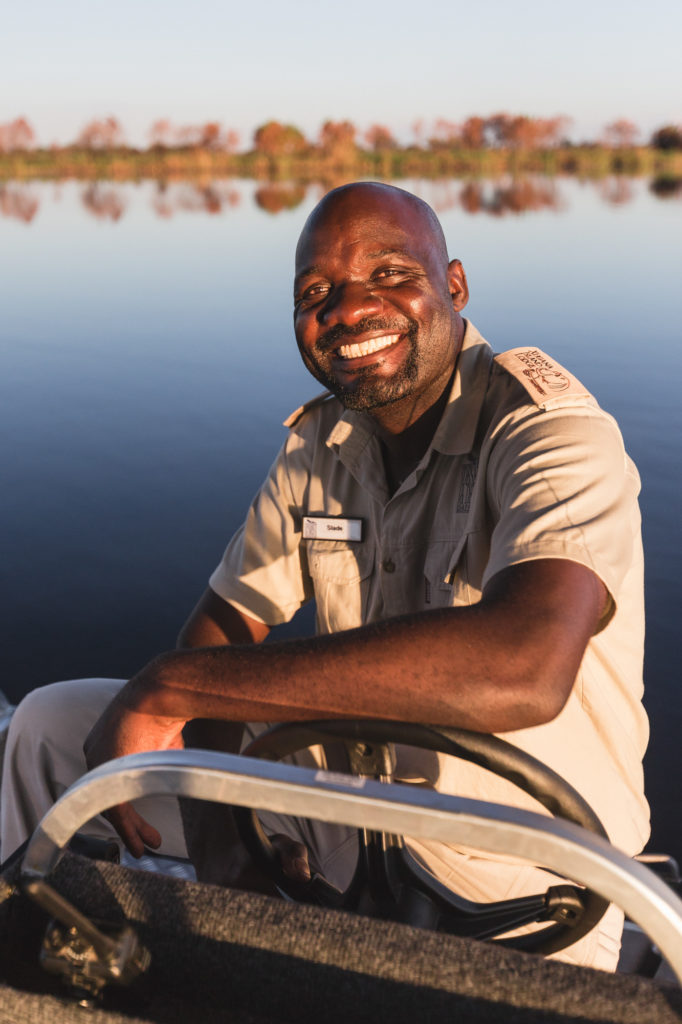 Xugana Island Lodge is in a place where it is so natural and undisturbed, even with a full camp you will still have that sense of peace because it’s always quiet – it gives you the feeling of the area. And even when you’re out on activities, because we’re the only lodge operating in this area – and we’re a small one, our guests don’t get disturbed by any other lodges or companies – its only us here. So if our guests need peace, come here.

About Slade: Slade’s full name is Batanani Slade Mmegwa – though the “Slade” part was a later addition. At primary school his brother nicknamed him “Slade” after the character Johnson Slade in an American action movie. “Johnson Slade could break iron shackles and he was very strong and my brother thought maybe I would grow up and be like that”. He is from a small village next to the Central Kalahari Game Reserve called Xhumo. He has two children and is married to Lettie who also works at Xugana Island Lodge. 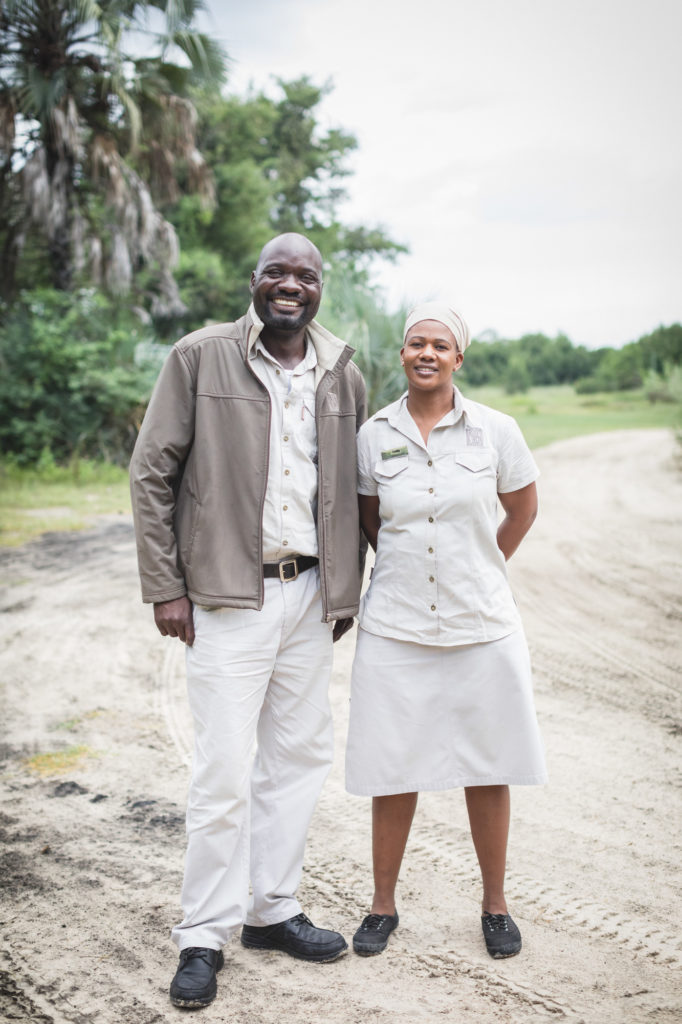 Slade with is wife Lettie at Xugana Island Lodge