A sighting you didn’t even know was on your bucket list until you see this! BB – the manager at Xugana Island Lodge recounts seeing a very special sighting of a Pel’s fishing Owl fighting off a baby crocodile for a fish.

“Bird watching is like stamps collecting –you don’t really appreciate it until you already have some stamps in your collection to admire and compare(Rael and Helene Loon).” The birding fraternity can generally be divided into two main group –the `twitchers’, whose mission it is to tick as many bird species off their list as possible, and the so-called ‘Zen birders’, who are quite content to let the bird come to them – like myself, Barberton wa Munduu, Lodge Manager at Xugana Island Lodge. The most special place in the whole Okavango Delta. I’m always fascinated by the way they exploit the sky, and almost every habitat on the planet and how they navigate themselves. 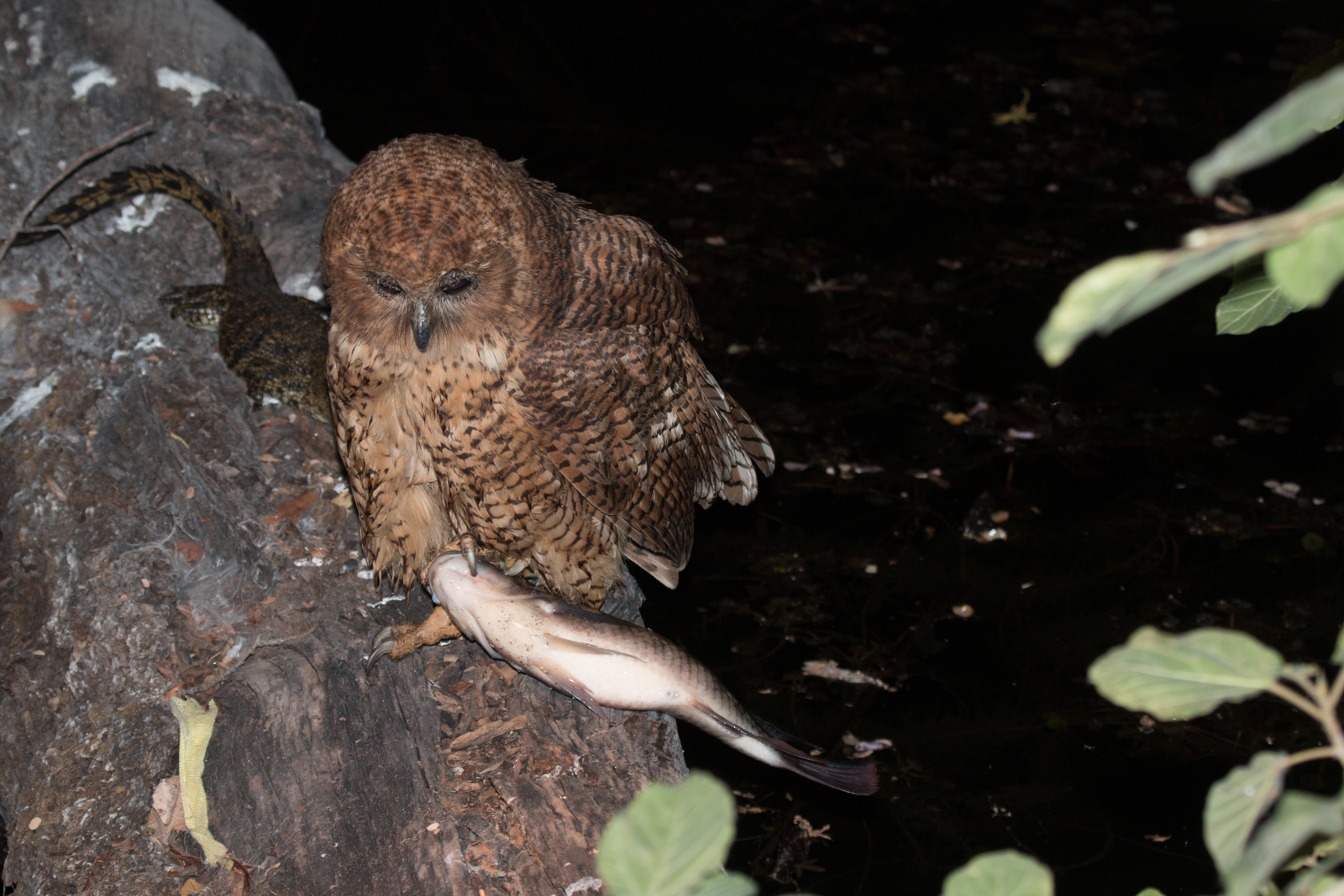 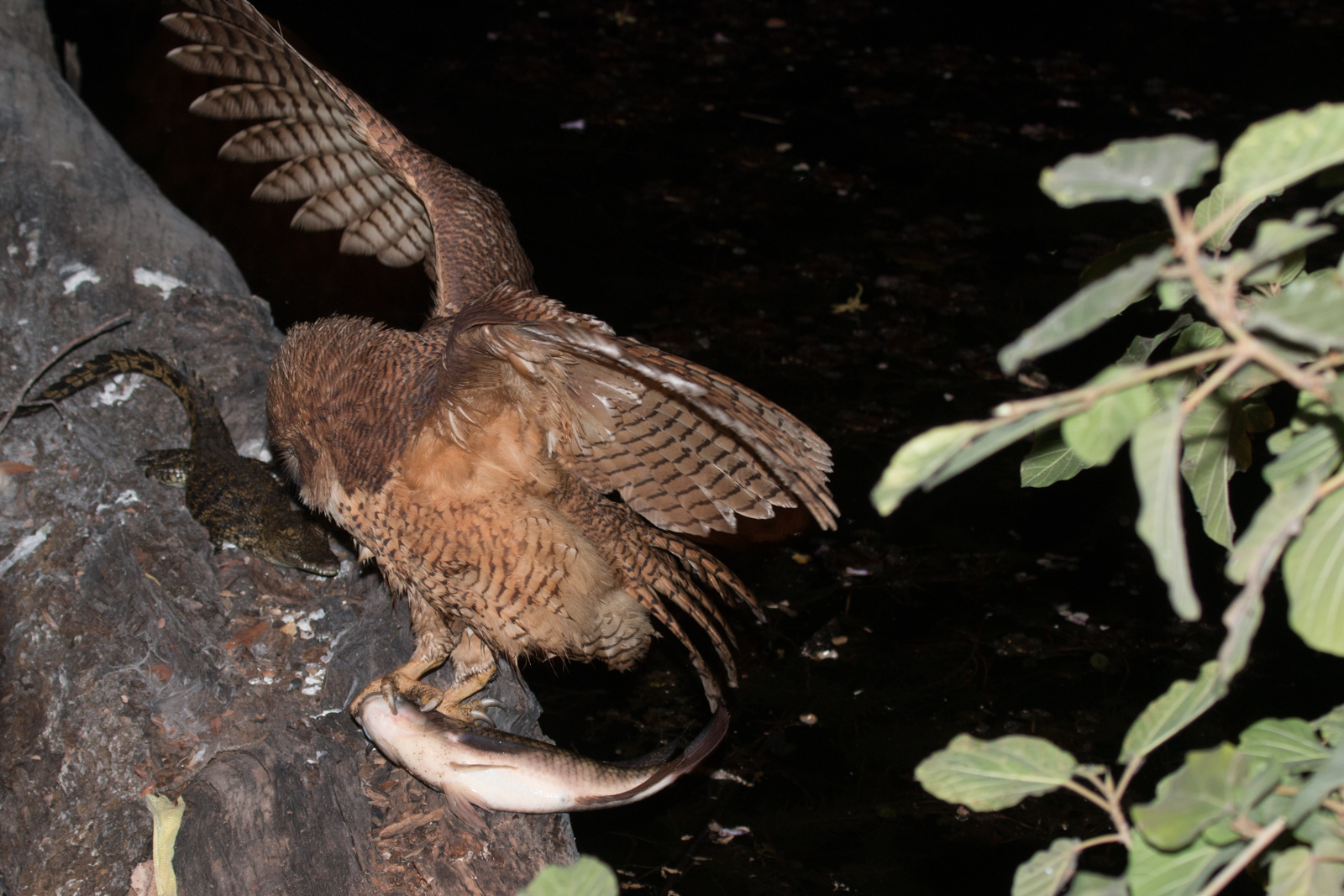 Pel`s fishing owls are one of the more uncommon owls we have in the delta and I personally call myself lucky to have two sighting of this owl at very close range recently, and that I managed to get photos with his fish and a crocodile trying his luck on the other hand. The owl charged the crocodile opening its wings and the crocodile realized it was not going to have any luck, so it fled back into the water for safety.

It was in the early morning hours when I spotted this special bird. I jumped with joy and shouted to one of the guides who was about to leave the lodge with his guests for their early morning boat cruise. He quickly diverted to where I was to catch the sighting. This owl spent the day under the big canopy of some Jackal berry trees around the lodge and later he started fishing around the fire place were some insects get attracted by lights and the fish utilize this to their advantage, but that day the fish where not alone in their quest for food – they were hunted from above! 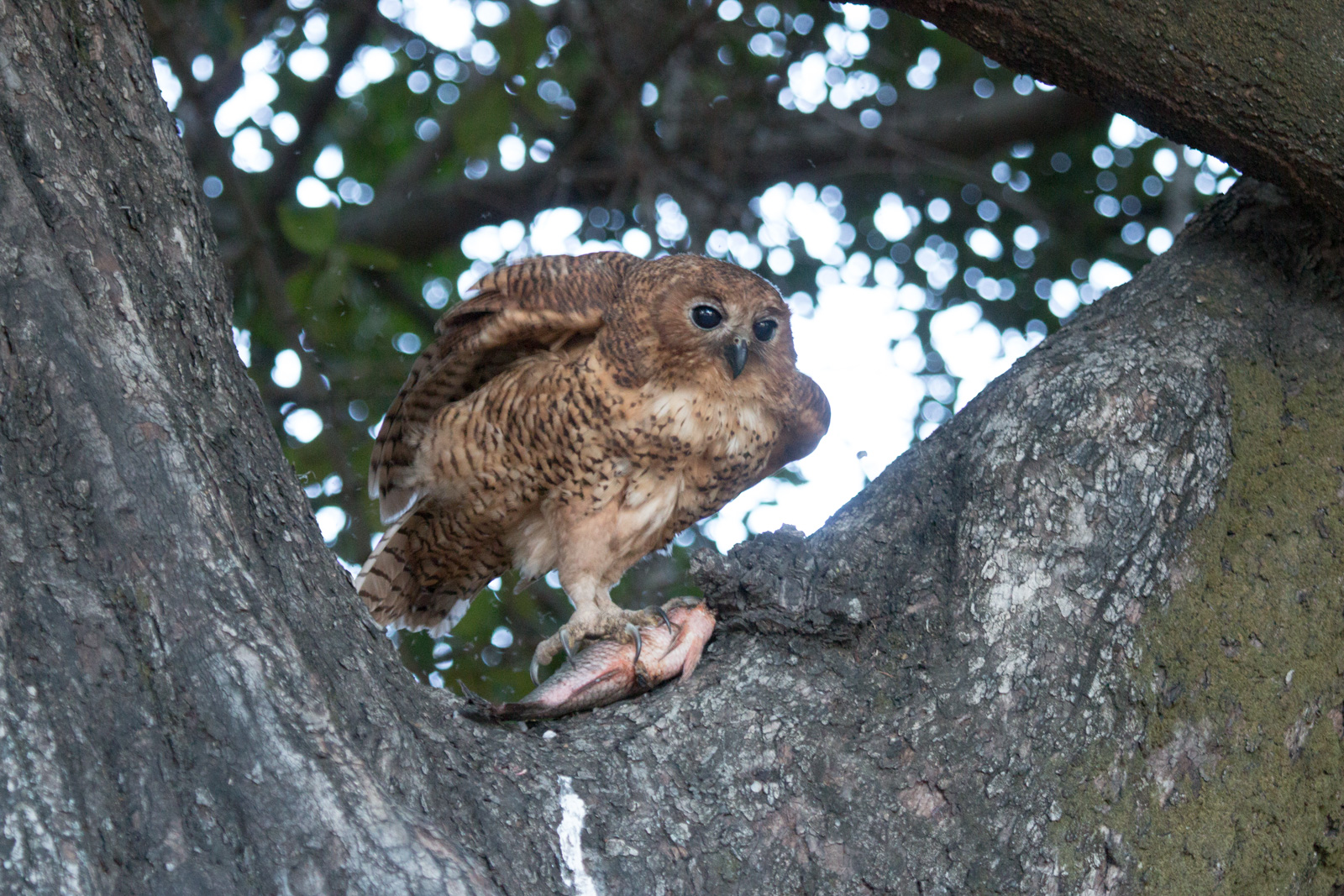 Sightings of these elusive birds have been frequent at Xugana Island Lodge as they take advantage of the low waters to hunt the larger fish that struggle through the shallows.

Big feelings with Baba, stalwart of Savute Roots in the delta, heart in Boteti