Chobe National Park is one of Botswana’s iconic parks. The Chobe River forms the park’s northern boundary, creating a vital water point during the dry season. Equally, it provides valuable grazing along the floodplains when the rivers annual floods recced. The riverine habitat which follows the river hosts a diversity of mammal species that are not be found in the more arid regions of Botswana, including the puku antelope, red lechwe and the Chobe bushbuck. As far as predators are concerned, the Chobe National Park is well known for its lion sightings – these enigmatic carnivores roam the riverfront, often following the large buffalo herds that come down onto the river floodplains for their daily drink. In addition to lions, spotted hyena and leopard also frequent the riverbanks, but are less obvious to visitors due to their nocturnal habits.

In an effort to survey these large predators, WildCRU’s Trans-Kalahari Predator Programme, with support from Chobe Game Lodge, set up a large-scale camera trap survey across the Chobe riverfront. This survey has confirmed the presence in good numbers of lion, leopard and spotted hyena. But, perhaps most surprisingly, we have also frequently captured pictures of brown hyena. 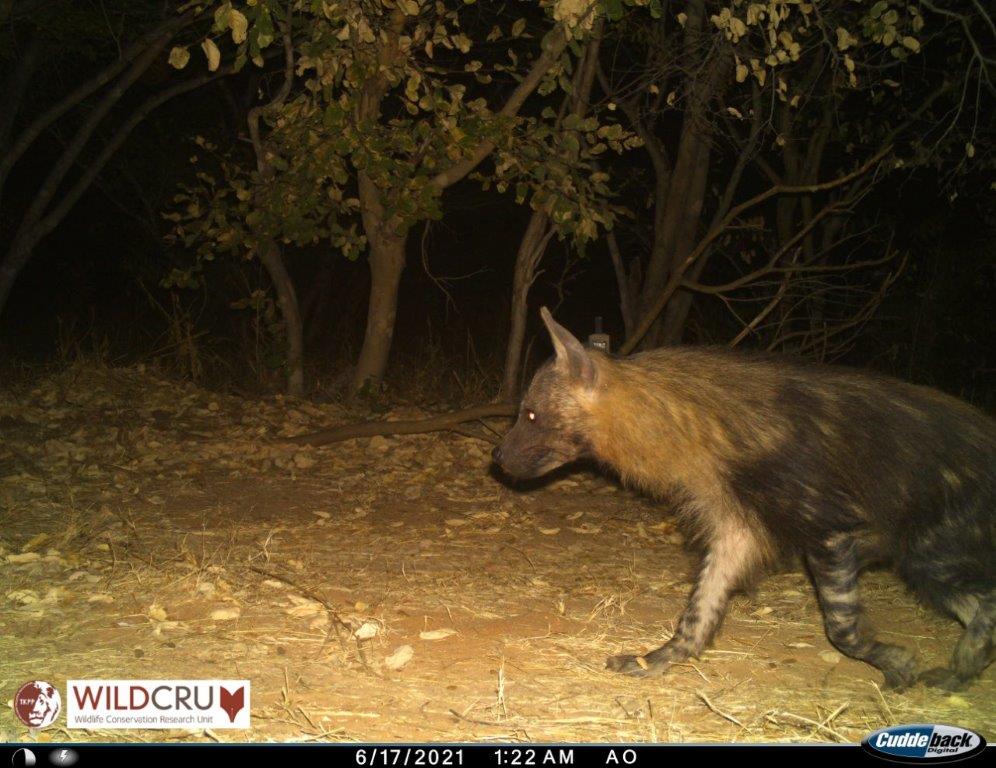 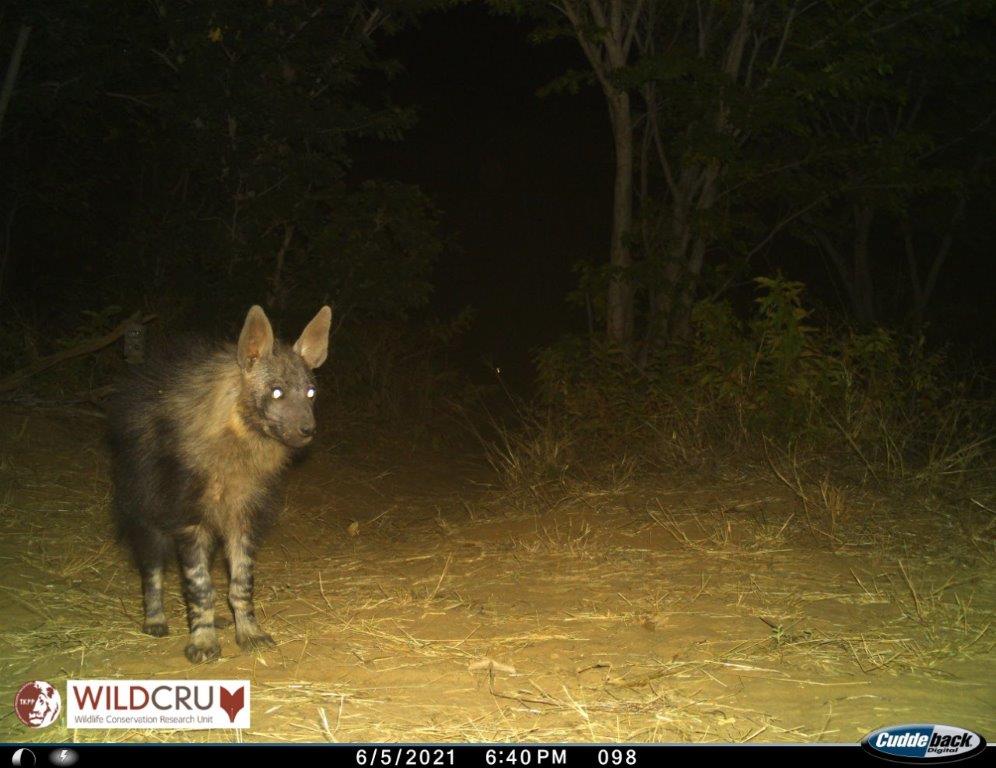 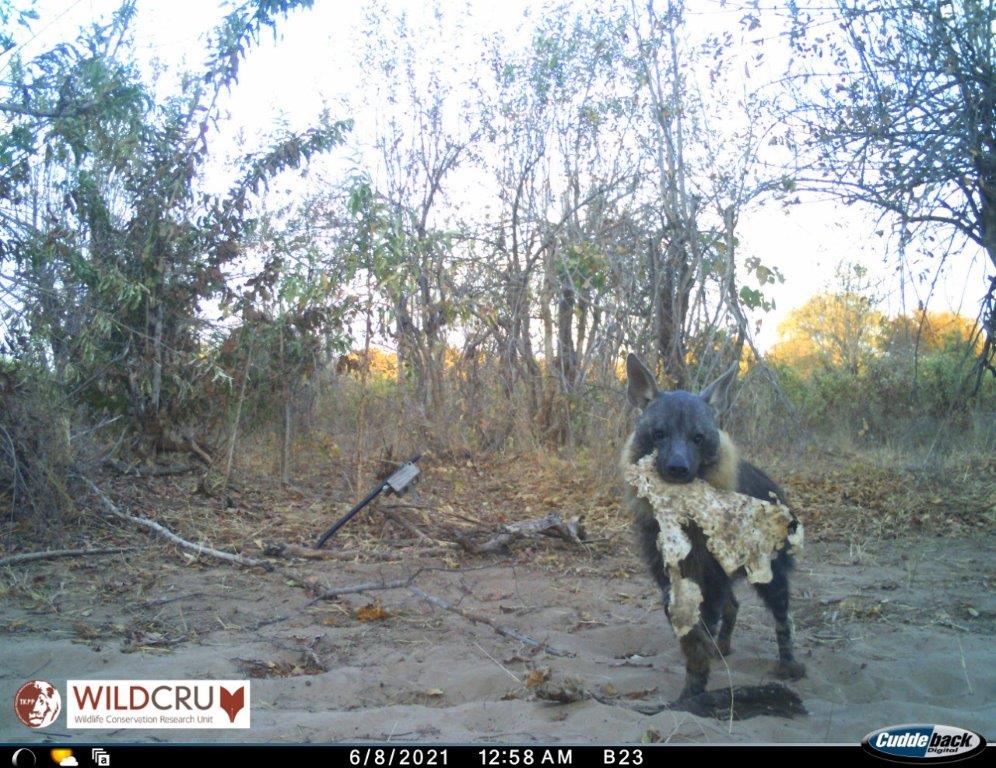 Apart from the occasional sighting by guests or lodge staff, brown hyena appear to be widespread across the park, despite remaining under the radar. Brown hyenas are very successful scavengers, often taking carrion from kills made by spotted hyena or lion, and occasionally catch small prey for themselves such as springhare, small reptiles, amphibians and insects. They are extremely resourceful and adaptable predators. 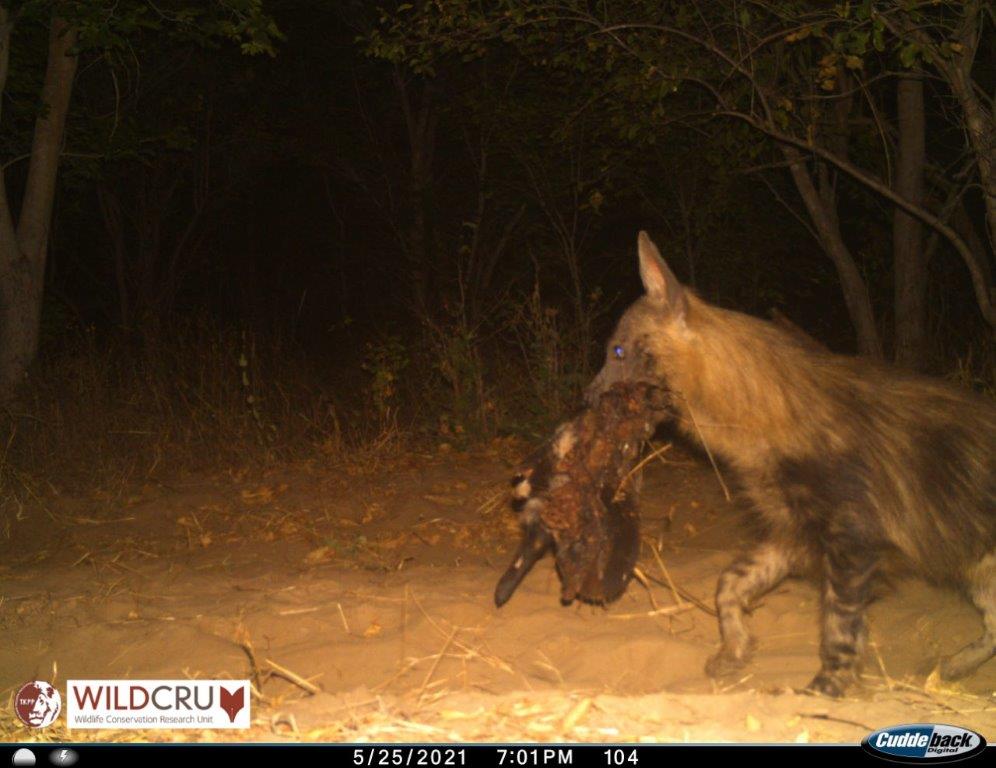 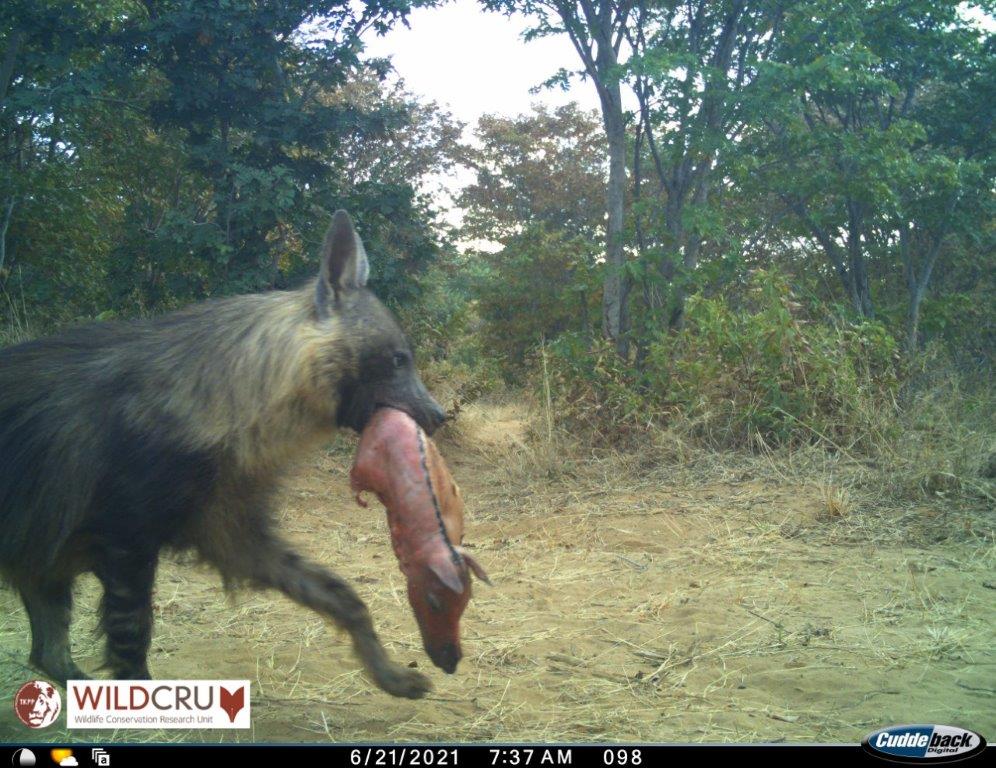 Brown hyenas have been captured on several cameras across the 55 station survey covering approximately 600km2, and in many pictures are carrying food – a good sign that they are scavenging successfully. Also captured is a picture of a juvenile – an indication that the species may be breeding in the area. Due to their very secretive and shy nature, brown hyenas are relatively understudied compared to their more charismatic spotted hyena cousins. However, with the use of new technologies such as camera traps, which enable us to get a glimpse into the nocturnal world that would otherwise be difficult to access, we can build a better understanding of their distribution, habits and co-existence with other large predators across Africa.

Here are some of the other unique sightings captured on the cameras. It is fascinating to see what moves around in the night when our eyes are not watching. We will keep you updated on sightings as we receive them. 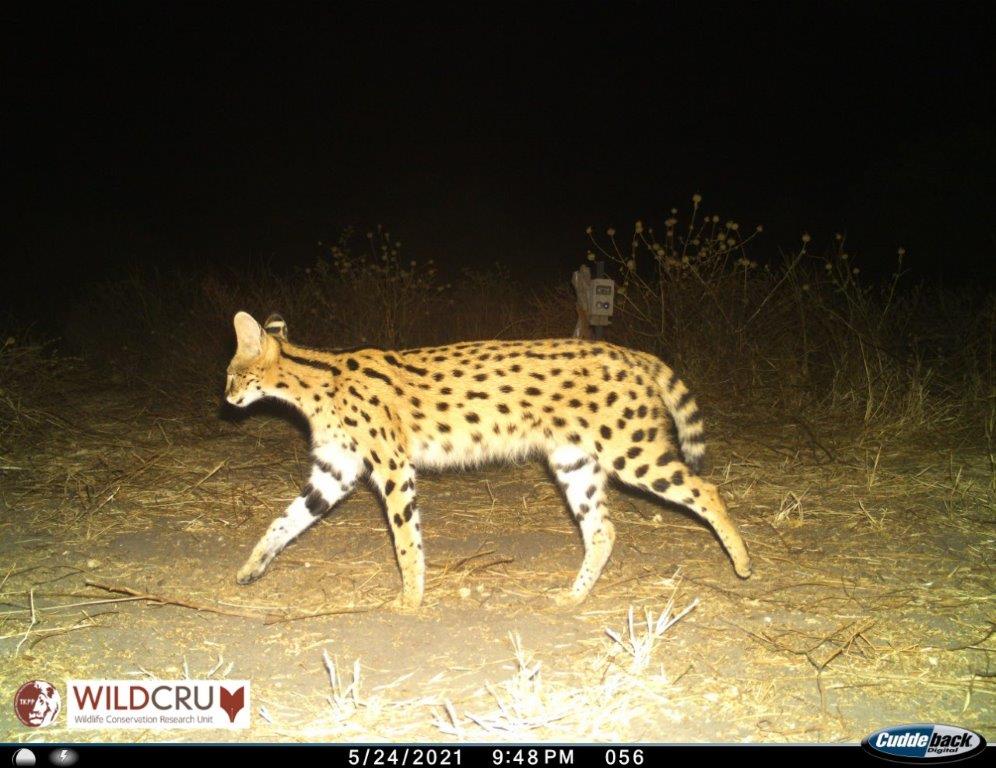 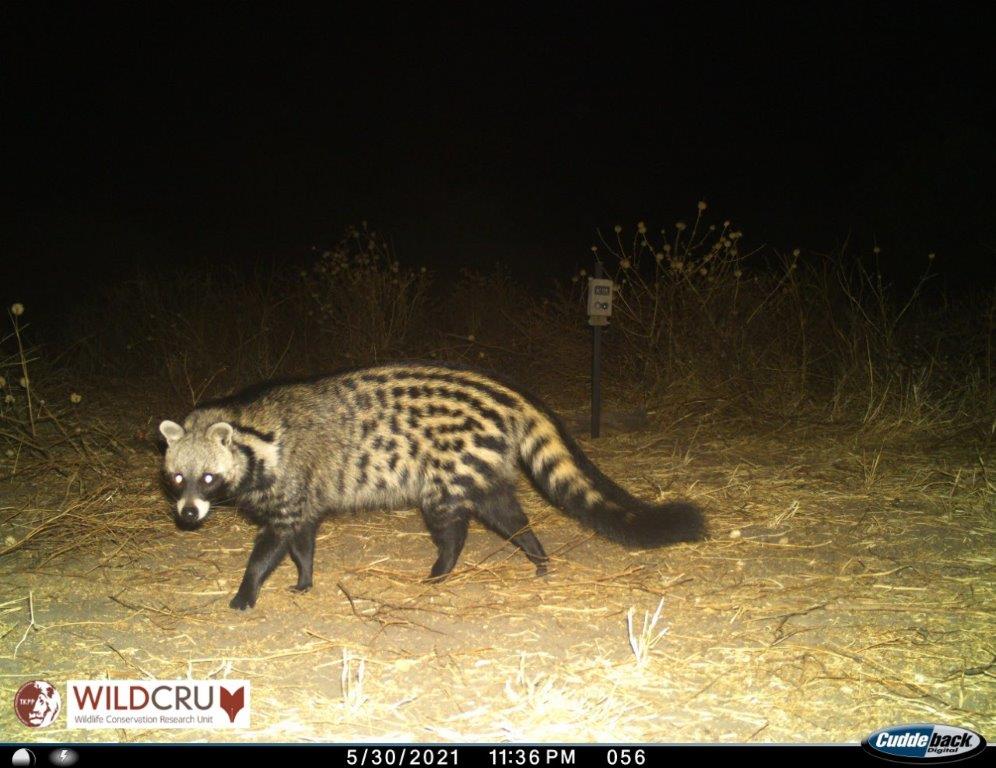 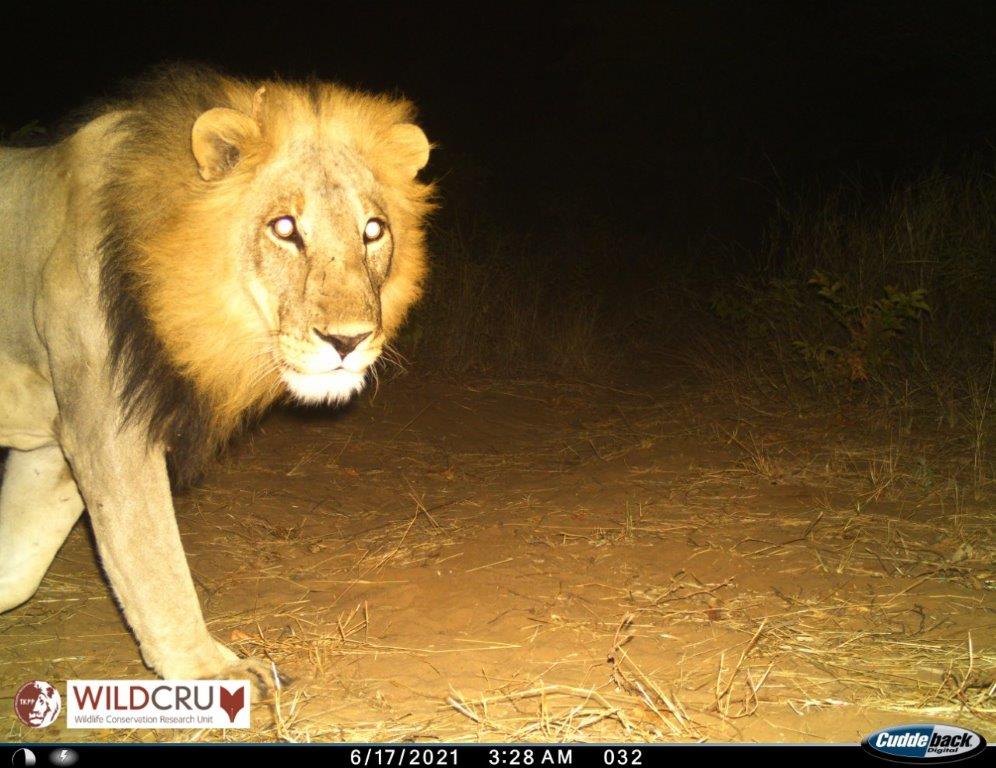 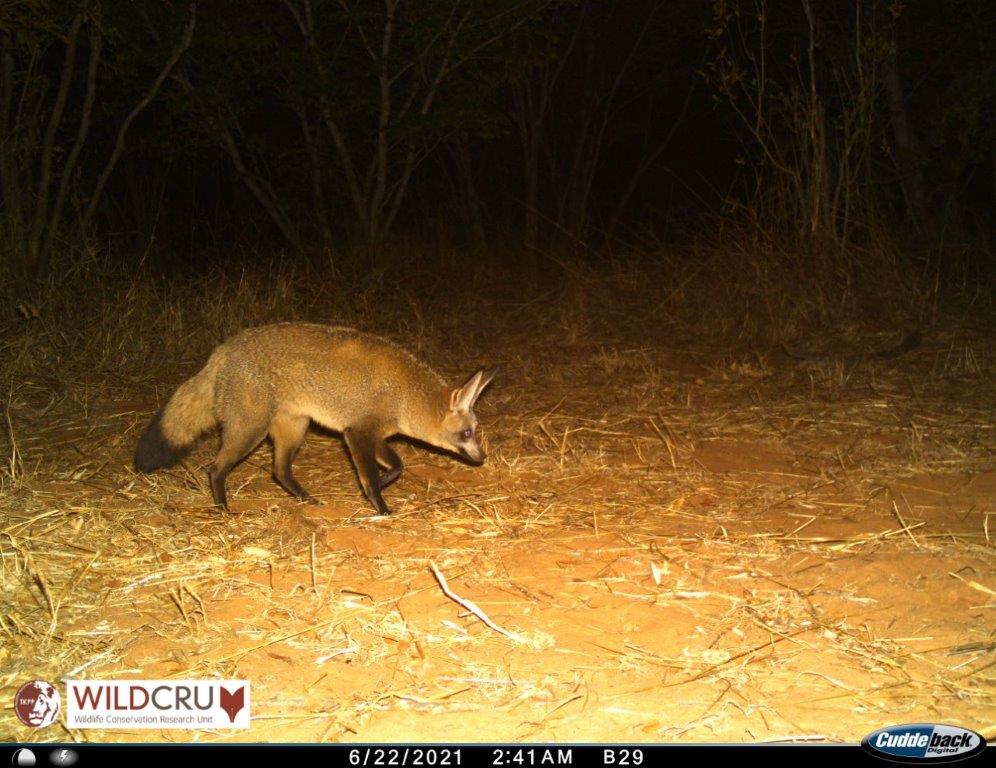