Welcome to the next edition of our monthly update bringing you news and wildlife movements from the regions we operate in Botswana. Before we get into the latest updates, please take a moment to watch our final CARES Movement video – a message of thanks to you for the support we’ve received in raising an impressive $20,000 for the EleSenses project by Elephants Without Borders. Helping local communities in the Chobe region produce high yield crops, free from conflict with Elephants.

October is often regarded as one of the toughest months of the year for wildlife here due to the sharply rising temperatures and dry conditions. While the temperatures soar, the wildlife sightings are remarkable with predators and prey clashing at diminishing water points. This October was no different! Our camp staff and guides have reported exceptional wildlife encounters which you can read all about below.

As expected with the rising temperatures we have seen a steady drop in the water levels in the Okavango Delta. Scientists expected the water levels to drop faster than normal this year. This is due to last year’s drought and natural fires depleting the vegetation that normally slows the receding of the water levels around the waterways. The deeper channels in the heart of the delta continue to flow well and imminent rains will help top up. Owing to our permanent water location our teams at Xugana Island Lodge and Camp Okavango are able to conduct water activities all-year-round and the shallow sandbanks at this time of the year make for perfect sundowner spots! 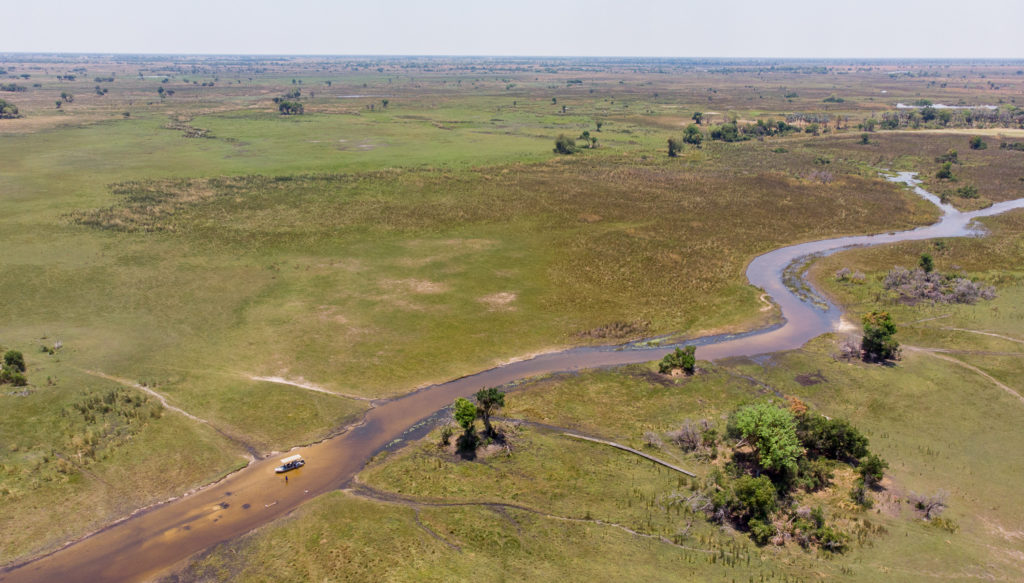 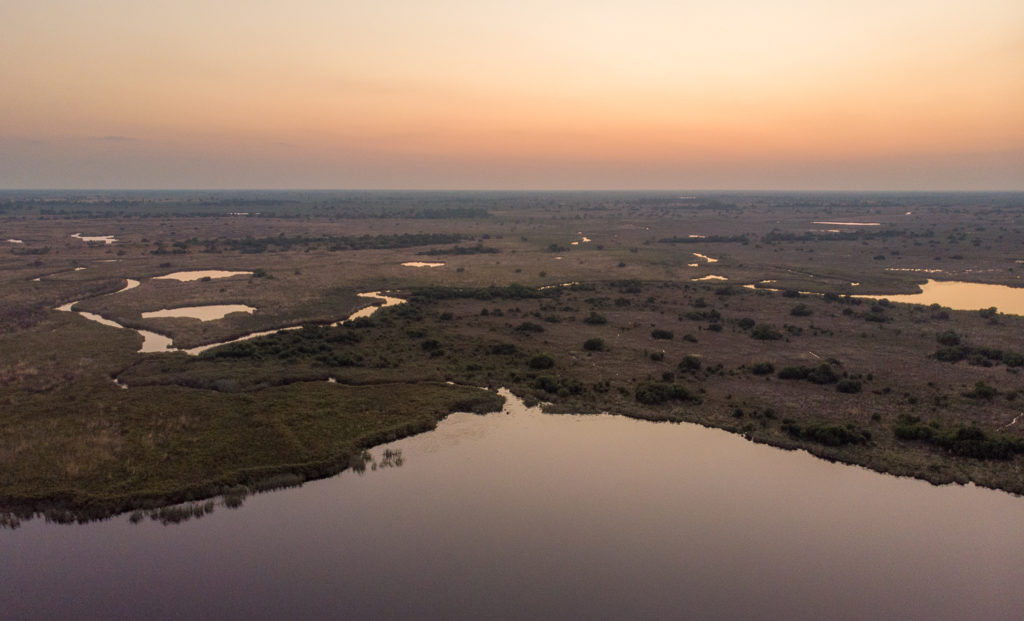 In our last newsletter, we reported on the flow of the Boteti River returning as the water made its way down the Thamalakane River and Boteti River until it passed Leroo La Tau. Amazingly, the water pushed all the way down the river to Lake Xau in the southern tip of the Makgadikgadi Pans National Park. 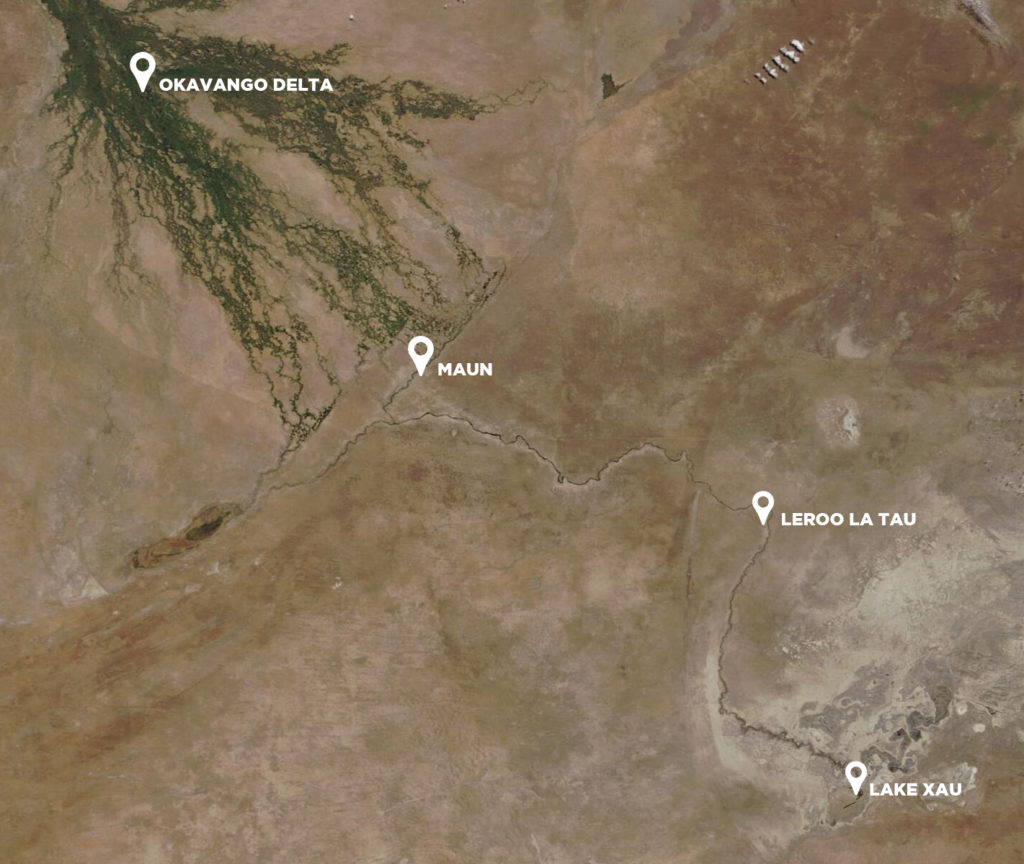 A map of the Boteti River flowing to Lake Xau

As with the Okavango Delta, the levels on the Boteti River have begun to drop off but the river still holds a healthy body of water which has been a welcome relief for the migratory zebra who rely on the water. We recently spent the weekend at Leroo La Tau to get an update on the water levels and zebra movements in the area. As you can see from the below image, the river is holding an impressive amount of water. The arrival of the annual rains will determine how long the water remains. 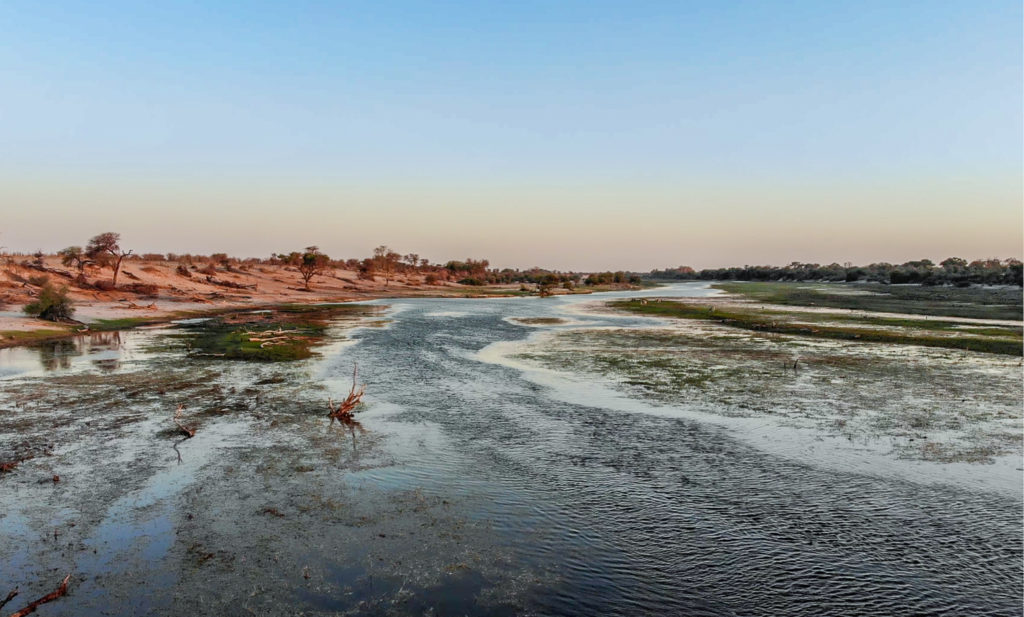 The Boteti River in the late afternoon – October 2020

Meanwhile on the Chobe River levels are steadily dropping

The water levels on the Chobe River have continued to steadily drop, as is the norm for this time of year. This coupled with the October heat that we are experiencing means that sightings along and on the Chobe River are exceptional right now. Hundreds of elephant are seen drinking and frolicking in the water several times a day and the concentrations of wildlife along the water’s edge is phenomenal, often boasting multi-species sightings. In the coming weeks, the beginning of the rains will settle in, cooling the daily temperatures somewhat and creating magical, dramatic skies and colourful landscapes. 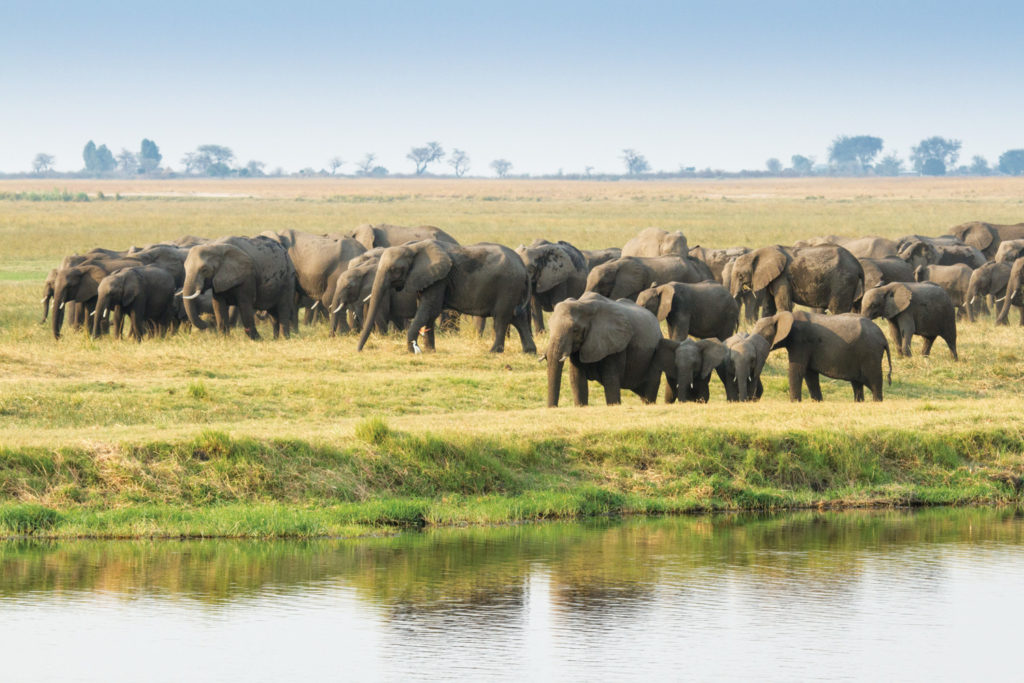 Elephants on the edge of the Chobe River

THE LIONS OF SAVUTE

With so much happening in the Savute region at the moment, we have sent professional guide and avid photographer Isak Mpuchane to be our eyes and ears on the ground. Isak will be reporting back to us with up-to-date news on the Northern Pride and Marsh Pride, as well as other happenings in the region for our next camp updates. Shortly after his arrival, both Camp Manager Gaedupe Molwantwa and Isak sent us the below teasers, all happening right in front of Savute Safari Lodge this past weekend. 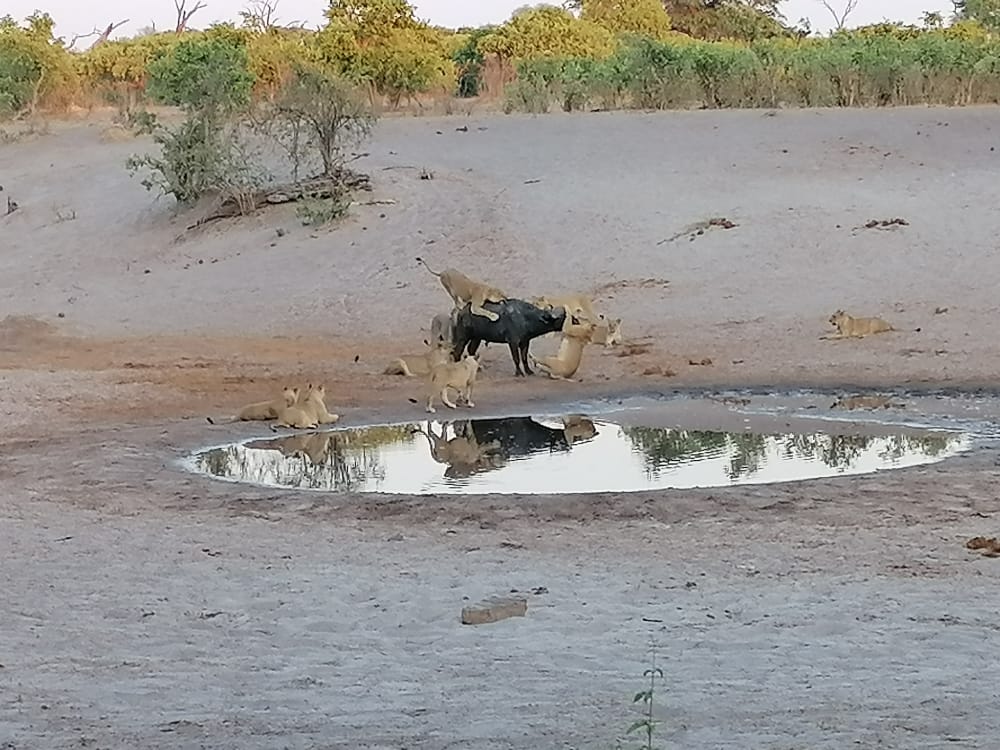 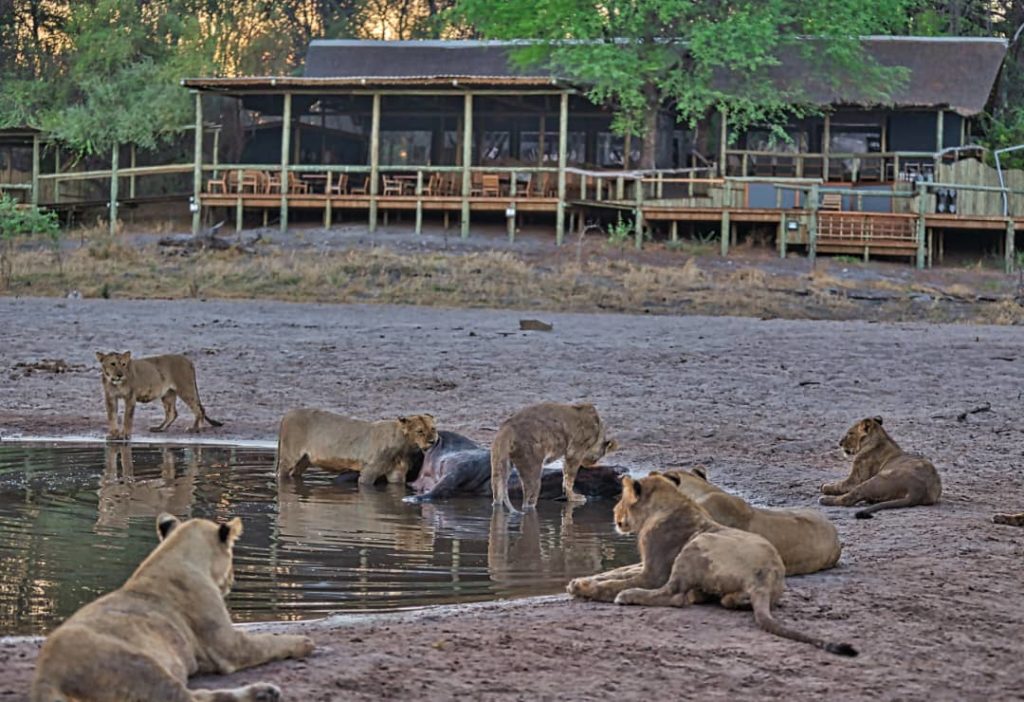 The sons of Sekekama have formed their own pride 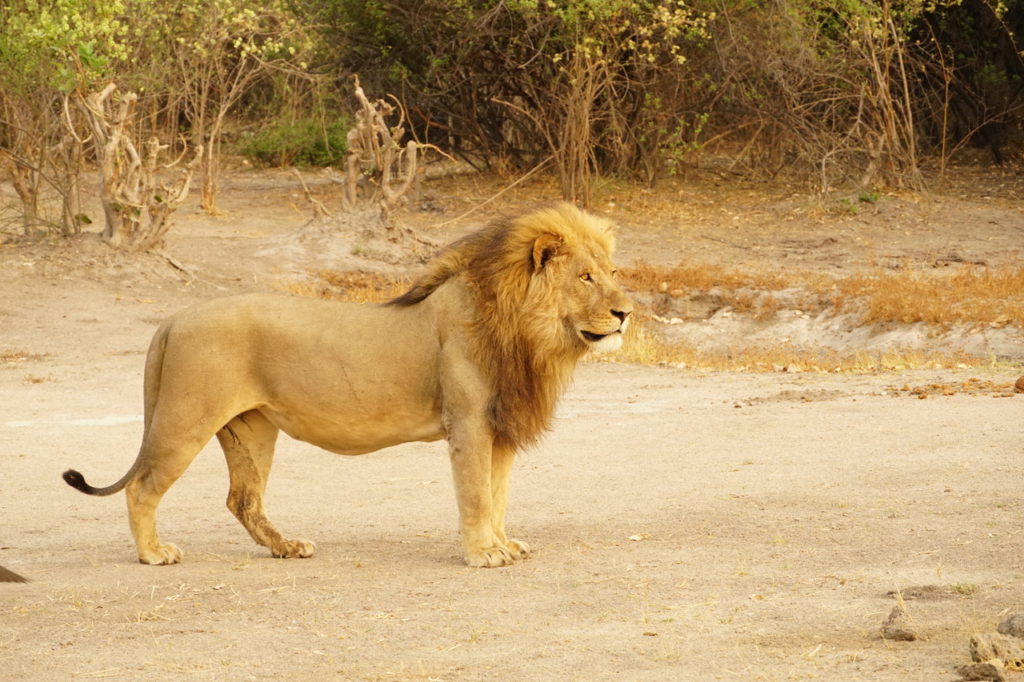 Son of Sekekama and one of the males of the Northern Pride.

ELEPHANT MOVEMENT IN THE CHOBE REGION

With the Chobe River levels dropping (see above), the floodplains have all but dried up, allowing the large elephant herds and other plains game access to the fresh vegetation.

As we come to the end of the dry season and wait in anticipation for the arrival of the annual rains, the Chobe National Park is dry, forcing the wildlife to congregate on the edge of the Chobe River. For our teams on the ground at Chobe Game Lodge and Chobe Savanna Lodge, the wildlife encounters have been remarkable. We have received reports of mega elephant herds swimming across the river to access the available grazing on the Namibian side of the Chobe River.  In October 2018 we filmed a huge herd of elephants crossing the Chobe River not far from Chobe Game Lodge. Have a look at the video on our Youtube Channel as a reminder of what is on offer in Chobe through the month of October. 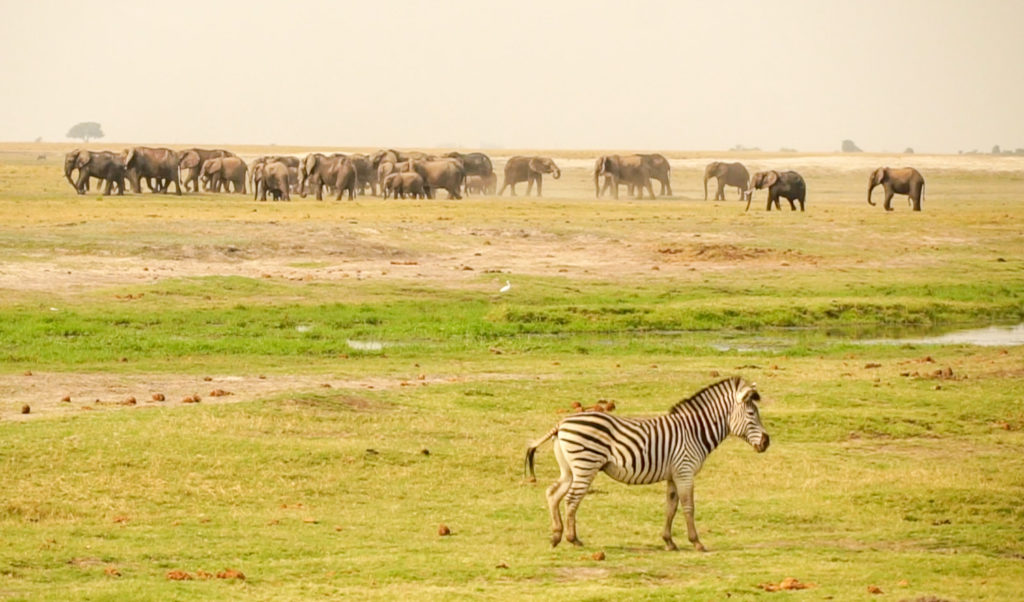 ZEBRA NUMBERS AND MOVEMENT ON THE BOTETI RIVER

James Wilson (Marketing Director) headed down to Leroo La Tau earlier this month to see what is happening on the Boteti River with the annual zebra migration. With ample water still in the river and the extremely hot, dry conditions the zebra sightings were excellent. “We spent most of our afternoon drives following the Boteti River, watching the large herds run down the steep banks and into the water – sometimes shoulder deep, to drink” reported James on his return to Maun. 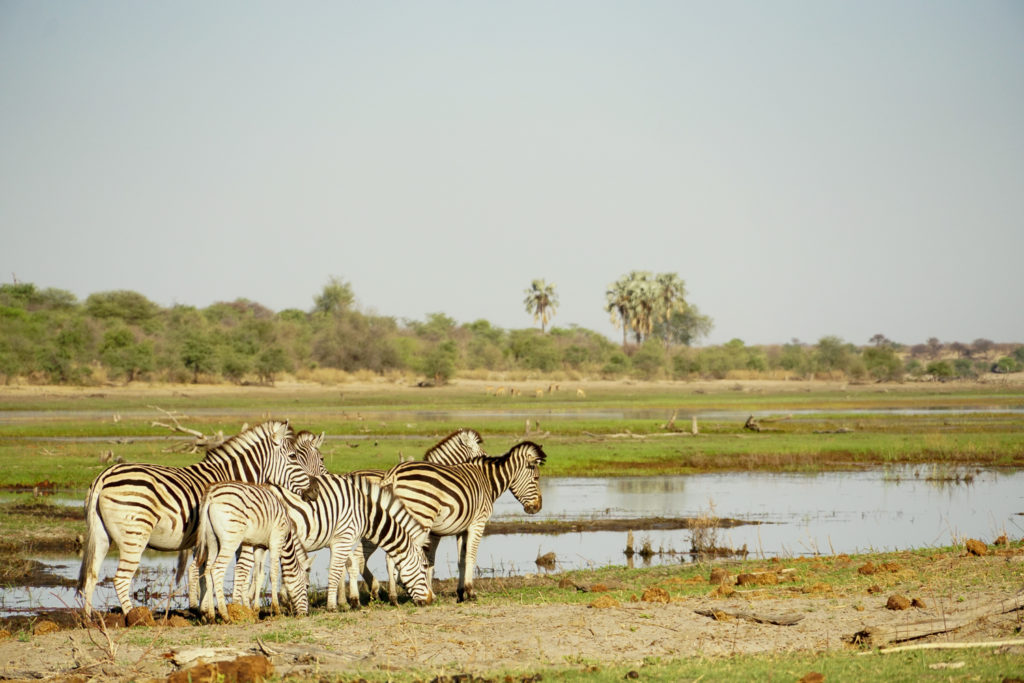 Interestingly, we have already seen signs of rain in the region with Nxai Pan and surrounding areas reporting well over 55mm early in October. We caught up with Kwaitos, one of the camp managers at Leroo La Tau to get his thoughts on the zebra movements this season:

“Some rain seemed to have arrived early this year which confused some of the zebra. They normally start their migration back to the pans in November or early December but with the smell of rain in the air, many zebra already started moving off in search of fresh grasses and ground water, while others were hanging around enjoying the fresh water in the Boteti River. Due to the absence of both water and grasses, those Zebra have had to return back to the Boteti. We call this the ‘false migration’ while we wait for the seasonal rains to kick in properly.” 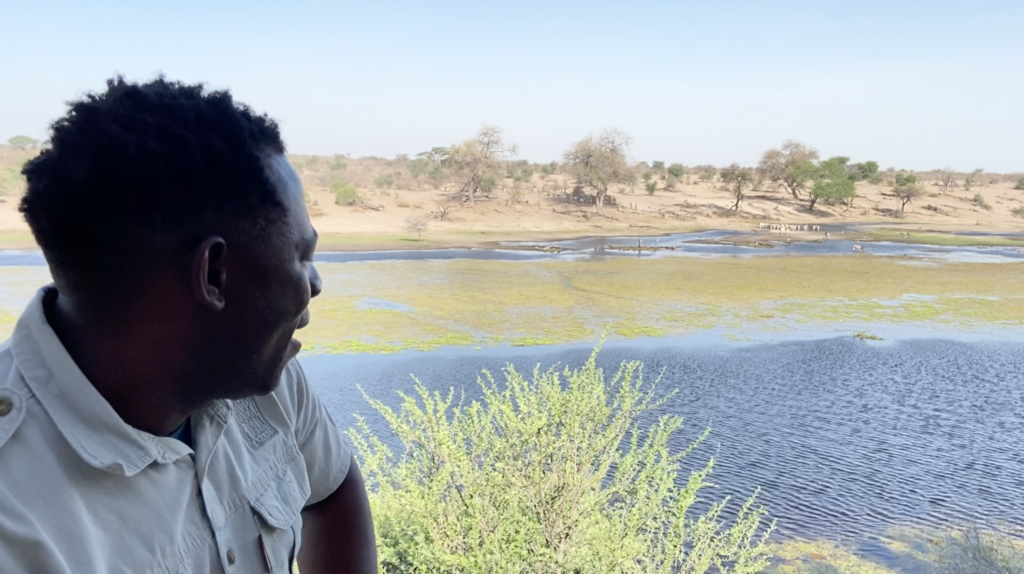 SIGHTING OF THE MONTH

Travellers visiting Camp Xakanaxa in the Moremi Game Reserve had the sighting of a lifetime earlier this month. This is the feedback we received from MD who is based at Camp Xakanaxa at the moment:

“It has been an incredible week here at Camp Xakanaxa! We saw 12 Lions not far from the camp and guess what they were after? A Pangolin! Yes, that’s right a PANGOLIN. We could not believe it. The lions were trying their luck to finish it off, but as you know once the pangolin folds itself, it almost impossible for them to get in.” Although exhausted the Pangolin survived the persistent lions! 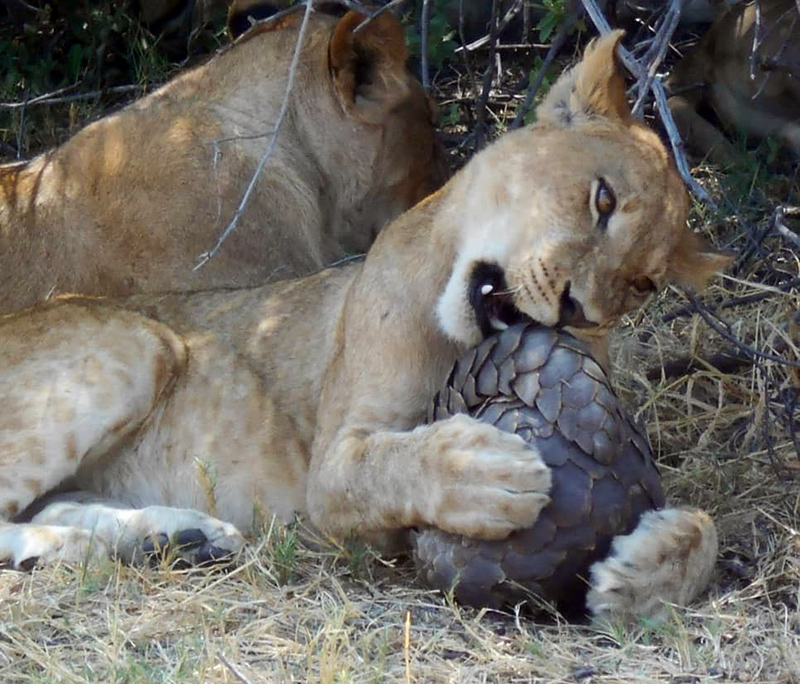 A lioness trying in vein to open a coiled pangolin.

As we start the process to recover we are extending our Botswana Resident rates to our SADC neighbours. Now is your best opportunity to experience a once in a lifetime safari to Botswana. Get in touch with us on info@desertdelta.com or reach out to your preferred travel operators for assistance with your travel package. Valid for new bookings from 1 December 2020 – 31 March 2021 for SADC residents. 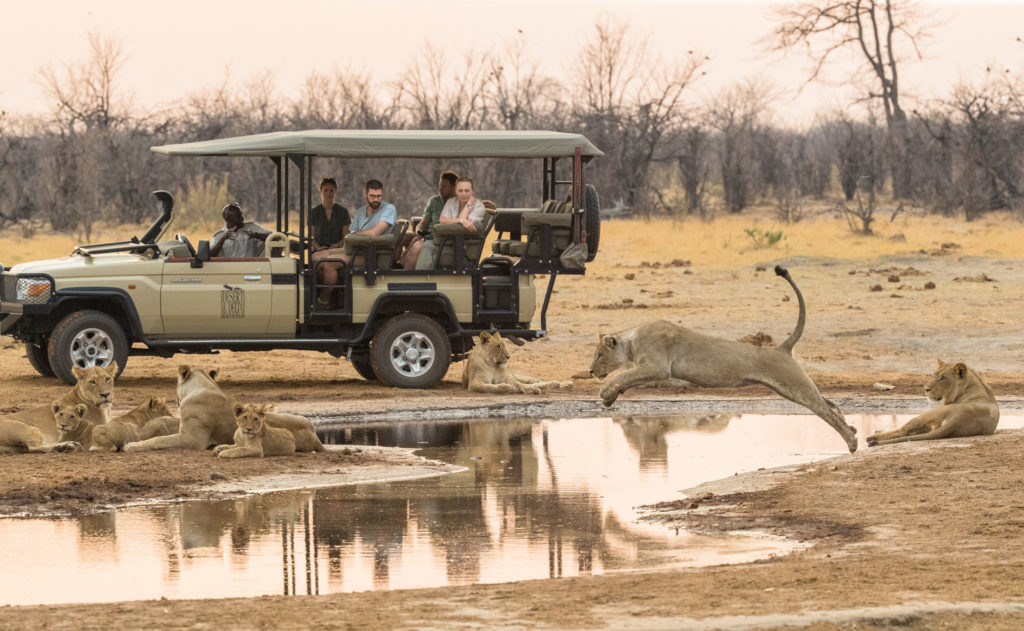 On safari with Savute Safari Lodge