INTRODUCTION TO THE MONTHLY CAMP UPDATES

Welcome to the first post of our Desert & Delta Safaris monthly updates. The purpose of these posts is to bring you monthly updates and behind the scenes stories from our camps and lodges. We will focus on relevant topics such as water level updates in the Okavango Delta and Chobe River, significant wildlife news from our camps, regular updates on the formidable Savute Marsh pride as well as the annual elephant and zebra movements on the Chobe and Boteti Rivers.

We hope these monthly updates will help our travel community keep up to date with the regions in which we operate.

While we are fortunate that our camps are located in permanent water areas, we are very excited to report on the return of the water into the Okavango Delta at such a powerful rate!

Our marketing team in Maun went out to meet the water as it arrived at the Thamalakane fault line along the Boro River. With the river completely dry they were able to capture some fun video footage of the river pushing through – click here to see the video on Facebook.

’THE DELTA HAS GOT IT’S LIFE BACK’

Kabo, Camp Manager at Camp Okavango tells us about the excitement around the flood arrival.

“The Delta is back to its usual self. You see the red lechwe enjoying themselves, running around the airstrip and you can see and feel that they are delighted. The Delta has got its life back.”

Kabo’s excitement is a testament to how important the floods are to Botswana. With the water-levels coming close to a decade high, we will continue to follow it’s progress each month and inform you along the way. 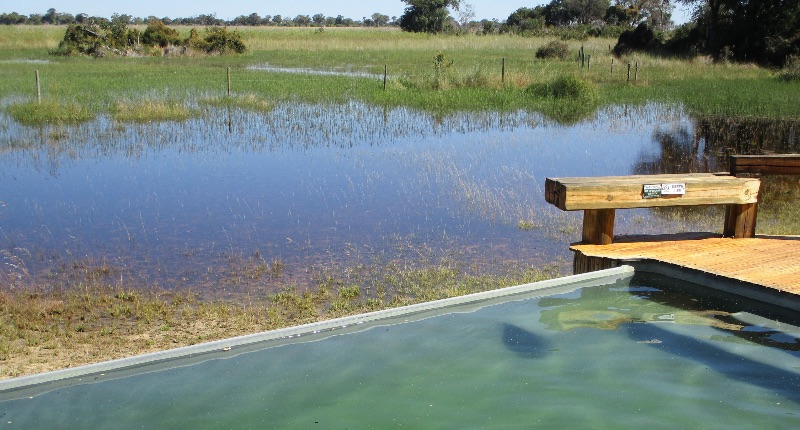 Water levels rising in from of Camp Okavango

MEANWHILE, ON THE CHOBE RIVER WE SAW DRAMATIC CHANGES…

While there seems to be no indication that the Savute Channel will begin to flow to the marsh, the Chobe River reached fantastic levels! Here’s a snapshot of our new viewing deck at Chobe Savanna Lodge set on the Namibian side of the Chobe River overlooking the Chobe National Park. The top image is from last year October and the bottom is an image from our lodge managers in May. The levels are now lowering quickly but the floodplains are well enriched and will see us through a productive dry season. 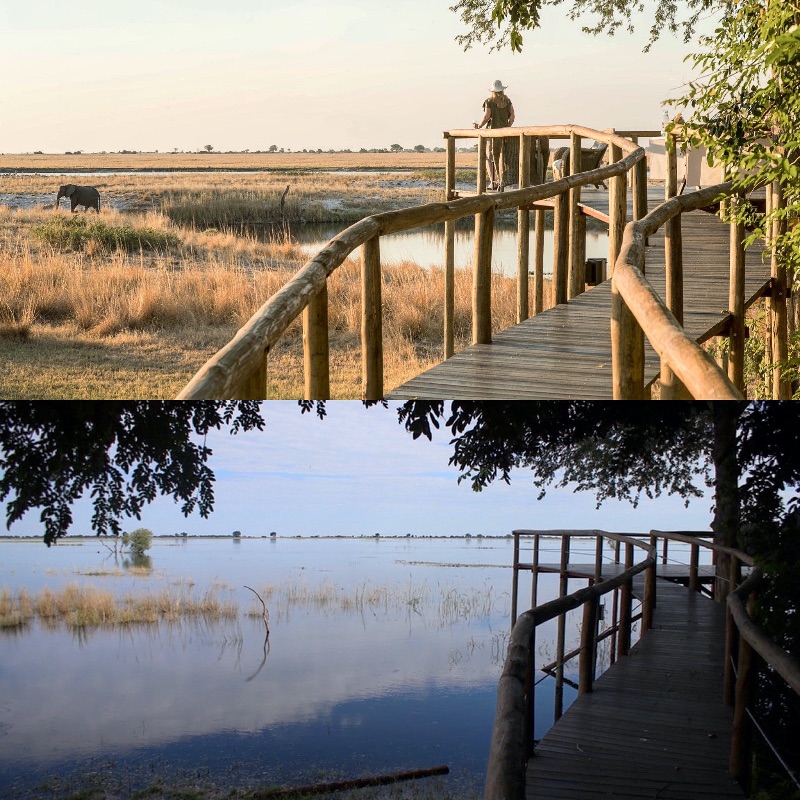 Dramatic changes in water levels on the Chobe River

THE LIONS OF SAVUTE

Savute is renowned for its predators and especially the Marsh and Northern Prides. The Marsh pride is well documented in a range of wildlife documentaries such as BBC’s Africa’s Giant Killers & Nat Geo’s Savage Kingdom.

We’ll bring you up to date news on the pride dynamics, movements, and rivalries from Savute. As an introduction, here is some interesting information about both prides.

The Marsh Pride currently consists of three large male adult lions – ruled by a brutal male known as Sekekama, his brother, and the son. There are six adult females. The powerful huntress known as Motsumi has given birth to a large number of cubs over the years and most recently her firstborn daughter Motsuminyana has also started giving birth to cubs at more or less the same time as her mother.

Sekekama has been challenged for dominance a number of times. Since around 2010 he has ruled the Marsh. You can see him in all his glory in this remarkable video shot by our guide Obed. This particular hunt featured in one of the episodes of Nat Geo. 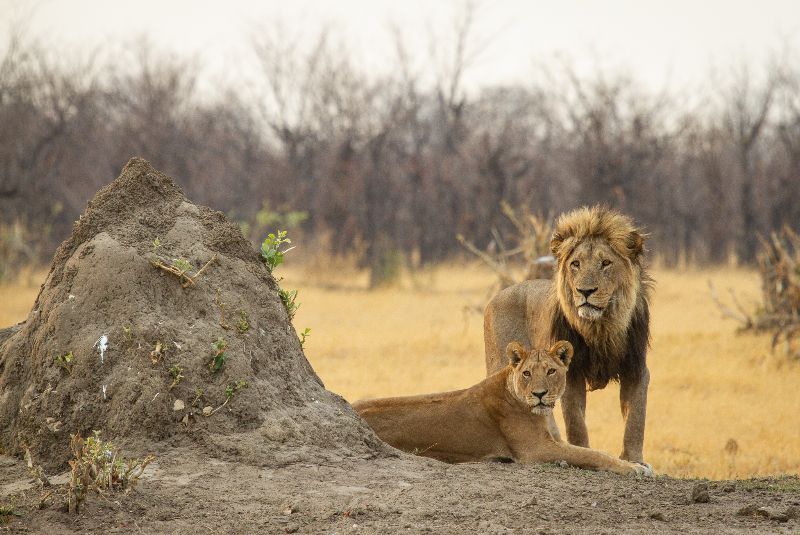 Sekekama of the Savute Marsh Pride

THE SONS OF SEKEKAMA HAVE FORMED THEIR OWN PRIDE

Three of Sekekama’s young sons were defeated by their father and broke away from the Marsh Pride a few years ago joining some large rogue males from Chobe (one of which with a large black mane) to join what is known as the Northern Pride. The two prides have been known to clash as they compete for the prime hunting grounds near the marsh. Eventually, Sekekama’s three sons defeated the two rogue males and drove them further north towards the Linyanti.

The three boys and the Northern pride are growing stronger by the day and as Sekekama grows older the next challenge is bound to drive him away. 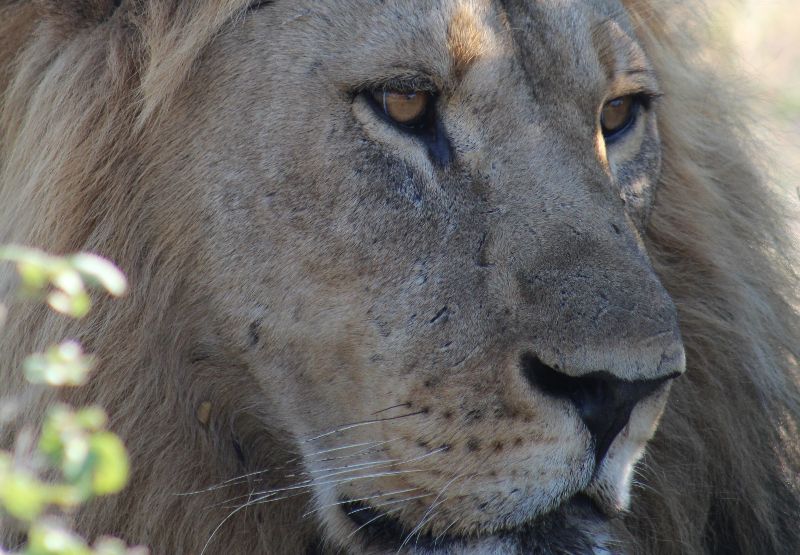 One of the male lions in the Savute Northern Pride

ELEPHANT MOVEMENT IN THE CHOBE REGION

The Chobe National Park is home to the world’s highest elephant population, holding between 60,000-70,000 elephants at any given time. This national park is a paradise for these iconic animals and we will keep you up to date with their movement, behaviour, and numbers.

Over the last two weeks of May, our managers at Chobe Savanna Lodge and Chobe Game Lodge recorded over 500 elephant within the lodge’s immediate surroundings as they enjoyed playing in the massive open floodplains full of water.

As the floodwaters drain from the floodplains and the dry season kicks in we expect even larger numbers to congregate as they drink and feed on the rich grasses. 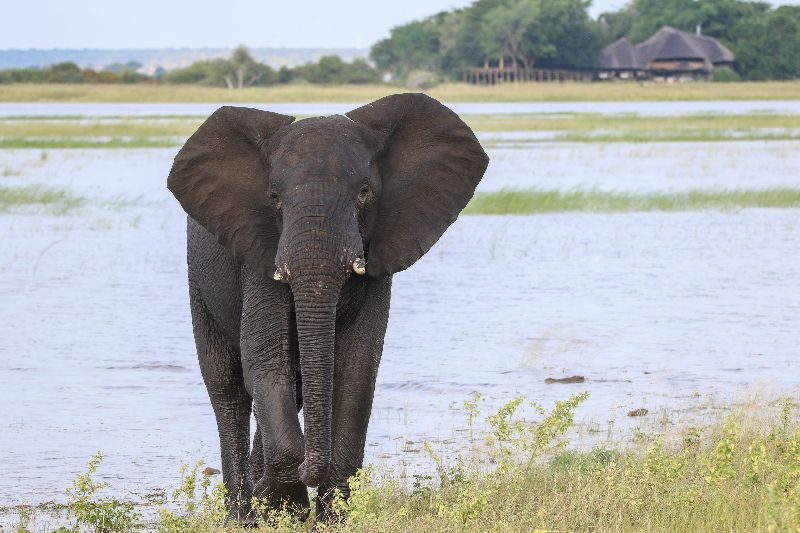 Elephant on the Chobe River in front of Chobe Savanna Lodge

ZEBRA NUMBERS AND MOVEMENT ON THE BOTETI RIVER

We’ll bring you an update on the annual Zebra migration on the Boteti River every month. Starting around April (depending on the rains) 30,000-40,000 zebra begin the grueling journey across the Nxai Pans & Makgadikgadi Pans National Park’s to the Boteti River valley in search of water and grazing. As the dry season sets in so the numbers build.

As of this month, the guides and managers at Leroo La Tau have been reporting between 300 and 400 zebras in front of the camp. With its location on the banks of the Boteti River looking into the National Park, Leroo La Tau provides the perfect vantage point to witness the annual migration.

While the River is currently dry with small pockets of water available for the zebra, the Okavango Delta’s food is pushing water down the Boteti River at a great speed. We anticipate the river to be in full flow in front of the lodge within the next three to four weeks as it moves a few kilometers every day! 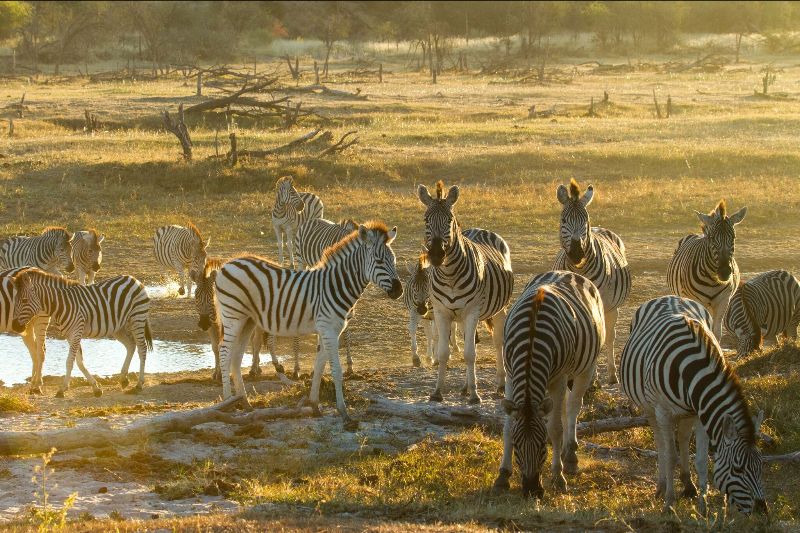 Zebra on the Boteti River with Botswana

SIGHTING OF THE MONTH

This month we are focusing on the Moremi region having received some amazing sighting updates from the teams at Camp Moremi and Camp Xakanaxa. Despite no guests in camp the teams on their daily duties and movements have had nine separate leopard sightings in the last 2-weeks. Let’s hope these leopards stick around for our travellers to enjoy in time to come! 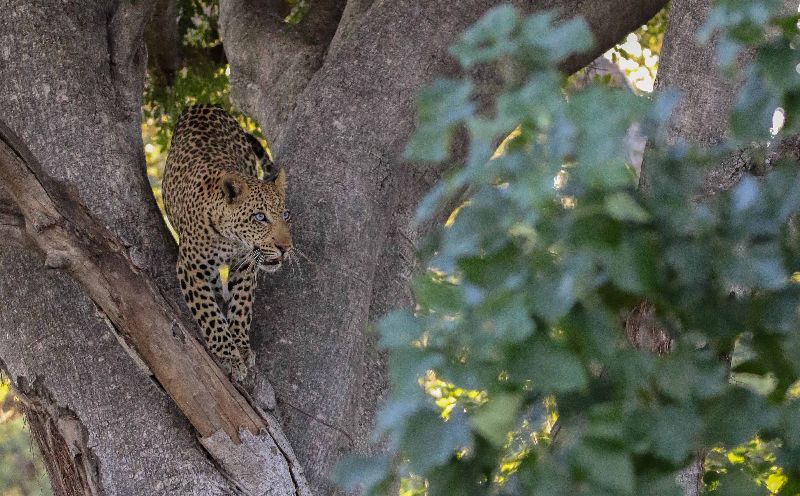 All-Round Action The Sounds of Safari